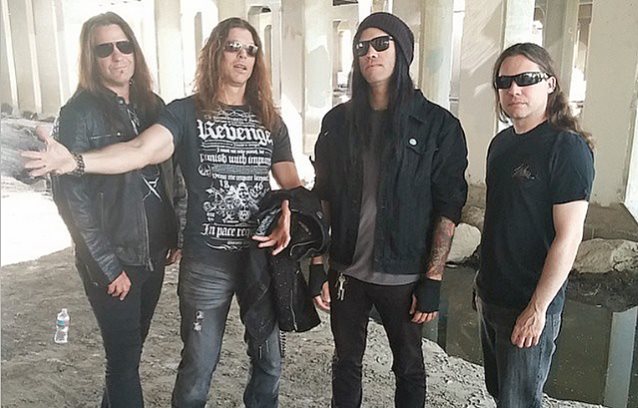 In a recent post on ACT OF DEFIANCE's Facebook page, Drover stated about his new band: "People often ask me: what does the new music sound like? I loathe putting music in a nice tiny 'heavy metal sub-genre' box, so I won't. Like I have said from the get-go, this music is 100 percent pure heavy metal made purely for musical purposes. We are creating music that we totally love, with hopes that others will dig it as well, which, at the end of the day, is all you really can try to do, in my opinion. Elements of thrash, progressive, traditional, dynamic — it's all there and then some."

He continued: "We have been working with Travis Smith (OPETH, NEVERMORE, OVERKILL, SANCTUARY) for our artwork, to which he has really come up with some twisted, bizarre, awesome concepts (right up my alley), which has also been very exciting."

During an interview with SiriusXM's Jose Mangin on Liquid Metal's "666-LIVE" call-in show, Broderick stated about how his new group came together: "Through talking with Shawn Drover, we've talked about how we had all this material that was never gonna get released, all these killer, heavy riffs that we had written and stuff, and so we just decided, 'Hey, why don't we put the stuff out? Why don't we form a band and get out these killer riffs, just to see what people think?'"

Regarding whether the musical ideas that are being used in the new band are things that were originally presented to MEGADETH and were turned down or if they are brand new compositions, Chris said: "Some of them were presented, but then some of them also… I'd be, like, 'Oh, this isn't appropriate for MEGADETH, their sound.' I have a tendency to write very complex stuff, and so I've gotta watch it when I write and submit for MEGADETH under that kind of… I wanna make sure it's not too complex and too crazy and all over the place. So those are the things that I would have held back." 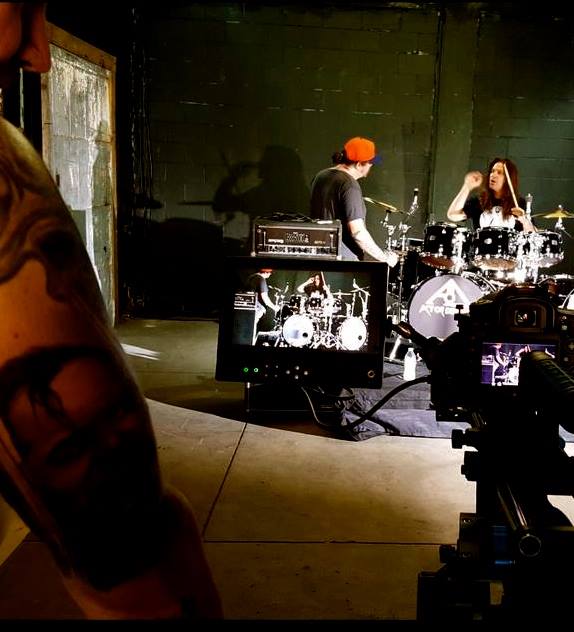 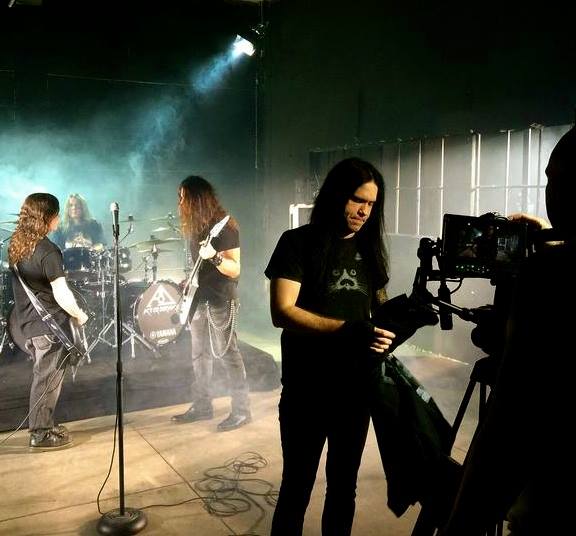