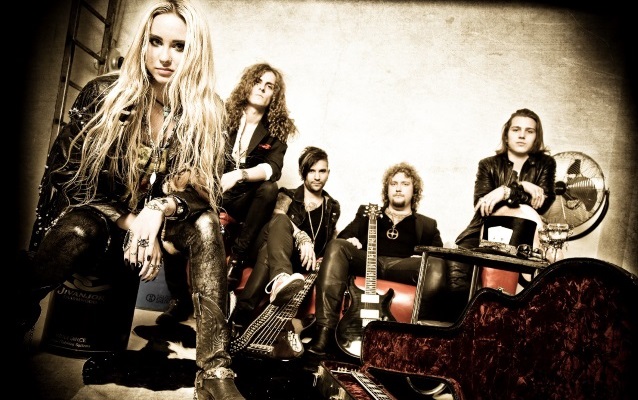 "Change", the new video from ADRENALINE RUSH, the Swedish hard rock band fronted by "one of the most talented and hottest chicks in today's hard rock scene," Tåve Wanning (formerly of the teen-pop duo PEACHES), can be seen below. The song is taken from the group's self-titled debut album, which will ne released on August 22 in Europe and August 26 in North America via Frontiers Records.

"Change" was released as digital single in late April and is now available — along with the album opener "Black N' Blue" — as an instant gratification track for all those who preorder the album via iTunes. The two songs can also be streamed via Spotify.

ADRENALINE RUSH's debut album was recorded and written under the direction of producer Erik Mårtensson (ECLIPSE, W.E.T.) and features 11 energetic tracks with strong melodies and powerful riffs. The modern production keeps the spirit of the 1980s alive and should appeal to fans of bands like DANGER DANGER, VIXEN, DOKKEN, WARRANT, TREAT and CRAZY LIXX.

ADRENALINE RUSH showed its full blown rock-and-roll attitude when it played at the Frontiers Rock Festival in Milan, laving a lasting impression on the attending rockers with its dynamic performance.

Tåve Wanning says: "I am very excited to finally expose my rock soul with my band.

"I've always been a rocker at heart, and if you're into '70s/'80s-style rock, I am sure you will feel right at home with ADRENALINE RUSH." 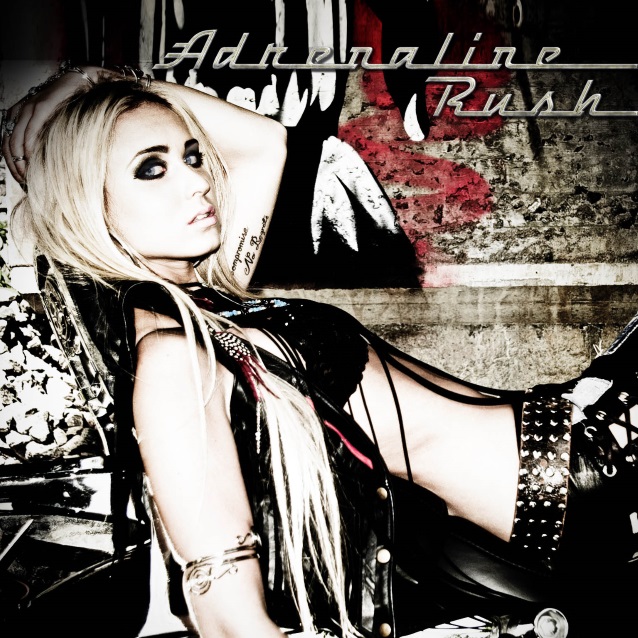