ALTER BRIDGE and SLASH FEATURING MYLES KENNEDY & THE CONSPIRATORS singer Myles Kennedy joined STEEL PANTHER on stage this past Friday, March 4 at the Knitting Factory in Spokane, Washington to perform a cover version of the AC/DC classic "Highway To Hell". Video footage of his appearance can be seen below (shot by Alan Birdsell).

Kennedy previously sang a set of AC/DC covers with GOV'T MULE when they celebrated New Year's at New York's Beacon Theater in December 2014.

Regarding how the musical direction of his solo album compares to that of ALTER BRIDGE and Slash, Myles said: "People who have heard it say it's closer to my previous band back in the late '90s, THE MAYFIELD FOUR. It kinda has that vibe to it. It's definitely different from both SLASH AND THE CONSPIRATORS and ALTER BRIDGE stuff." He described the CD to Music Radar as "probably a little more singer-songwriter oriented than what people have heard from me before. There's piano on it, and it's a little more intimate sounding." 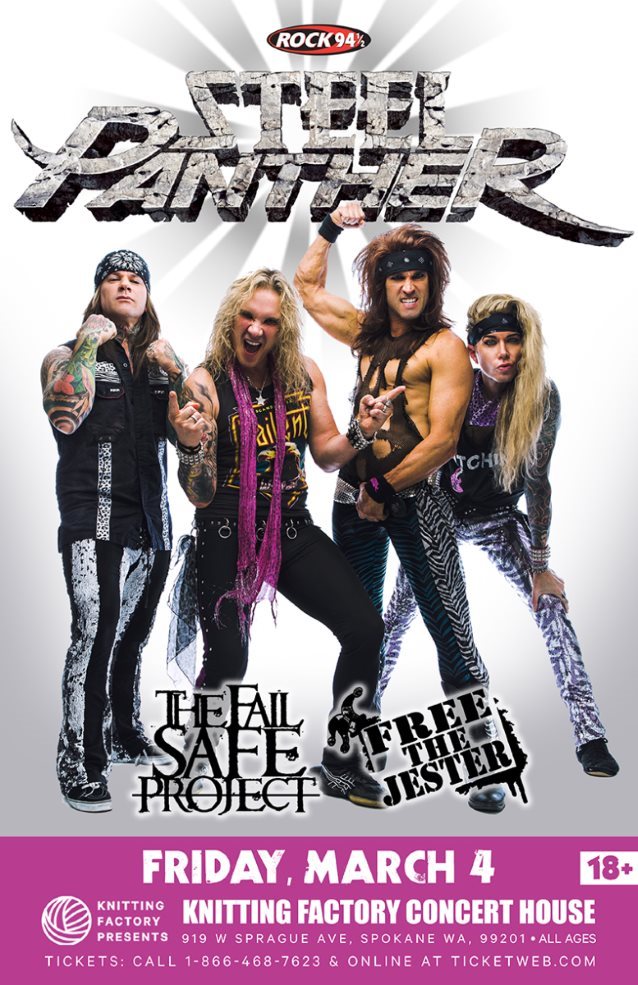