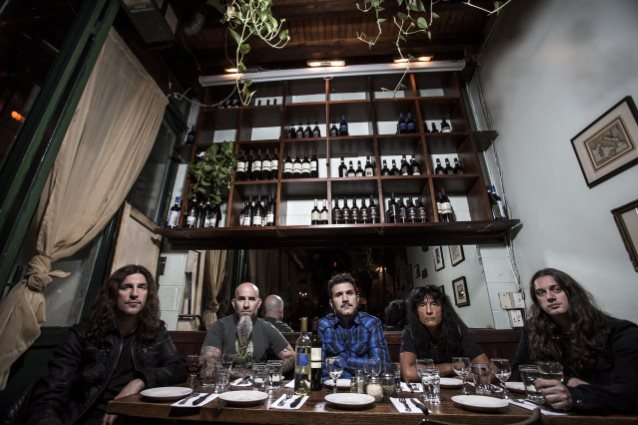 To commemorate the 30th anniversary of ANTHRAX's "State Of Euphoria" album, the band is planning to release an expanded reissue of the LP in 2018, featuring a bonus disc of demos and rehearsal recordings that were made during the pre-production stage of the "State Of Euphoria" studio process. Drummer Charlie Benante tells HardrockHaven.net in a new interview (see video below): "Yeah, it's gonna be a great package. I'm actually almost done putting it together. The only thing I don't have is good live stuff to go on it, but what can I do? But the bonus disc is gonna have… it has demos, actually, just guitar riffs that go into a rehearsal that go into basic tracks that go into the real songs. So it's the evolution of most of the songs."

He continued: "It's just funny, because that's the record that we really don't like that much, but after revisiting it, I started to pick out songs, and I'm, like, 'Oh, yeah, this is a good song.' 'Out Of Sight, Out Of Mind', I like that one. 'Schism' was another one. I think my least favorite one was probably 'Make Me Laugh'. But 'Now It's Dark' is on there. It's good."

In his 2014 autobiography, "I'm The Man: The Story Of That Guy From Anthrax", ANTHRAX guitarist Scott Ian was extremely critical of "State Of Euphoria", calling it "ANTHRAX slumming on autopilot." He explained: "The only songs we still play from that record are 'Be All, End All' and 'Antisocial', and that's not even our song. It's by the French band TRUST. 'Now It's Dark' was a cool song and I loved the lyrics about Frank Booth, the character Dennis Hopper played in David Lynch's brilliant movie 'Blue Velvet'. 'Finale' was good, too, and featured some of Charlie's fastest double-bass playing ever, but four songs don't make a great album. There was no consistency in the writing because the rest of the record was rushed. To me, 'State Of Euphoria' simply didn't hold up compared to the previous three ANTHRAX records."

He continued: "It really fucked with my equilibrium. I can't even listen to it, and when I think back about some of those songs, I feel sick. It felt like the first time we made a mistake as a band. Instead of following our creative instincts, we let the music business dictate what we were doing. I was sure it was only a matter of time until people started realizing how shitty 'State Of Euphoria' was.

"I actually got paranoid and neurotic and started to think we were becoming a joke because I had lost confidence in myself. I had always felt like I was in charge of making the right decisions for ANTHRAX, and I began to question my judgment in a big way. We were on a tour cycle for an album I hated, and we had to play soings from the album every night. That made me angry."

Ian added: "I think I was so thrown and self-conscious because we totally could have put our feet down and told the label we needed more time to finish the record. We even could have dropped off the IRON MAIDEN tour if we had to. We had said no to offers and demands many times before. We got greedy. That's all there was to it. The brass ring was hanging in front of us — a stadium tour with IRON MAIDEN — and we grabbed it."

With ANTHRAX and KILLSWITCH ENGAGE rotating the closing slot over the course of the dates, the tour will criss-cross the continent, wrapping up in Boston on May 7. THE DEVIL WEARS PRADA is providing direct support on all dates. 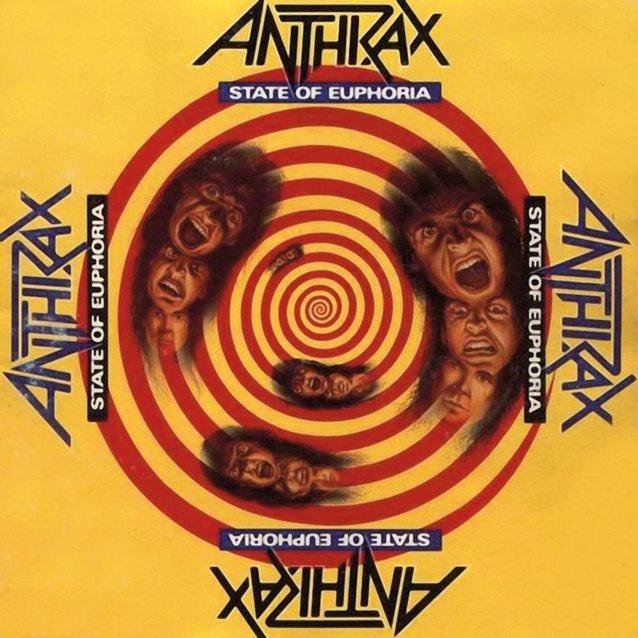