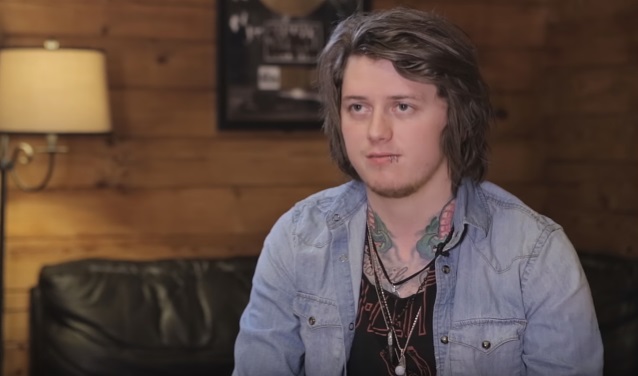 ASKING ALEXANDRIA guitarist Ben Bruce has commented on the recent wave of allegations of sexual assault, harassment and misconduct against other musicians, saying that he doesn't "know what to believe and what not to believe."

A number of women have opened up about their experiences with sexual harassment/assault in the wake of allegations of misconduct by Hollywood producer Harvey Weinstein, with some calling out musicians in prominent hard rock bands — including members of WE CAME AS ROMANS, PIERCE THE VEIL, SUICIDE SILENCE and SLAVES — for their allegedly inappropriate behavior.

Asked for his opinion on the current national focus on sexual harassment, especially as it relates to touring hard rock and heavy metal bands, Bruce told "The Metal Podcast" (hear audio below): "You have to wonder what's true and what's not true. Some of these guys made mistakes, and some of them [are] forgivable, some of them [are] not so forgivable, you know what I mean? But it's the circle of life. To me, it's like… I don't know.

"It's just a weird time," he continued. "You just don't know what to believe and what not to believe. Even things like [comedian] Louis C.K. and stuff, stuff coming out now about him. I don't know how to feel about it. I don't know him personally. Is he actually a nice guy that made mistakes, or is he an asshole and deserves it? There's no way of knowing. So I just try to stay out of it. It's kind of the nature of the beast. A few years ago, it was this that got the whole world going crazy, now it's this. What will be next year or in two years' time? There's just no way of knowing. So you just kind of wait and see."

While admitting that he knows "a lot of those guys" in other bands that have been accused of misconduct, Bruce said: "Have they ever done anything to me? No. So I'm not gonna sit here and pass judgment. I don't know the story. I'm not them, I'm not in their shoes, so it's not my place."

ASKING ALEXANDRIA will release its new, self-titled album on December 15 via Sumerian. The disc will mark the group's first full-length effort with singer Danny Worsnop since he rejoined ASKING ALEXANDRIA last fall.