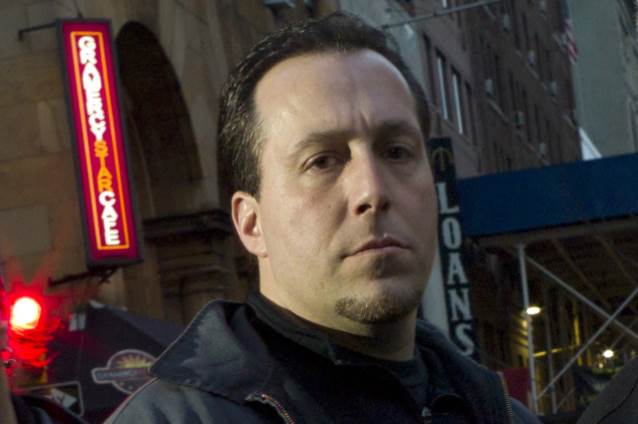 BIOHAZARD's Danny Schuler has paid tribute to Vinnie Paul Abbott, calling the former PANTERA drummer a "generous" and "down-to-earth" guy who always wanted "to have a great time."

Schuler wrote in a Facebook post: "Back around '89 or '90 was when [Vinnie and I] first met, at L'Amour [in Brooklyn], I think, before 'Cowboys From Hell' was released. Phil Anselmo walked over to me and introduced himself. He brought me to the dressing room to meet the guys. The show was great. After the show, they were getting ready to leave, and Vinnie says, 'We gotta tour together.' Jump ahead to 1994, BIOHAZARD just released 'State Of The World Address' and we were touring all over the world but having a hard time finding a headliner to take us out in the USA. Then we got the call: 'PANTERA wants to take you guys out in the USA.'

"Long story short, we do the tour, all arenas, all sold out and PANTERA were amazing every single night. Second day of that tour, we're at Great Woods in Massachusetts. I'm watching PANTERA crew guys set up the stage in the afternoon and Vinnie walks over and sits right next to me. He starts telling me that the show last night was great, that my girlfriend is cute and that we're gonna go party every night, and he's payin'!!! Hahah! Needless to say, we all got along great.

"We toured with them again several times, even touring Australia and New Zealand together later on, also playing PANTERA's last show ever, in Tokyo 2001. They became our friends for life, and they were all great people.

"Vinnie was so down to earth. He and his brother were the nicest guys, always wanting to have a great time wherever they were.

"I have enough stories for a book, believe me!

"Vinnie was a generous guy. One day I was setting up my stuff and Vinnie and I were talking. I took out my cymbals and one was smashed from the previous show. He goes, 'Be right back,' and returns with one of his personal cymbals, hands it to me and says, 'Use this,' and I'm, like, 'Thanks, bro. Get it back to you after the show.' And he says, 'Keep it.' I still have it.

"Sorry for rambling. So much more to say but I'm just gonna finish with rest in peace, Vin. Thank you for everything. You will be missed."

Vinnie Paul passed away on Friday (June 22) at his home in Las Vegas at the age of 54. The former PANTERA drummer's death "did not appear suspicious," according to the official report of the event recorded by Metropolitan Police officers.

After an official cause of death has been determined, Vinnie's body will be flown to Texas to be buried between his mother and brother.

Abbott's brother, guitarist "Dimebag" Darrell Abbott, was shot to death in December 2004 while performing onstage. The Abbotts founded the bands PANTERA and DAMAGEPLAN together. After Dimebag's death, Vinnie Paul joined singer Chad Gray and other members of MUDVAYNE and NOTHINGFACE in HELLYEAH, who have released five albums.