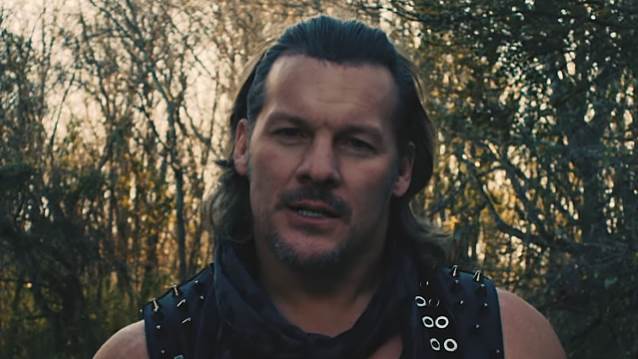 In a caption accompanying the picture, Chris wrote: "May 20th was the last time I texted with my bro, Vinnie Paul. His Vegas Golden Knights had just eliminated my NHL Winnipeg Jets from the playoffs and we were exchanging 'the thrill of victory and the agony of defeat' pix. Now that he's gone, this picture he sent me sums him up to a tee. I'm so, so sad... I love you, Big Vin. This one hurts."

In a 2014 interview with The Weeklings, Jericho drew a parallel between FOZZY and PANTERA in the way both bands evolved from playing covers to performing at some of the biggest music festivals on the planet.

"I always compare FOZZY to PANTERA," Jericho said. "What I mean by that is that if you look at PANTERA, their original incarnation was different from what they became. They were doing 'Metal Magic' and 'Power Metal' and they were wearing makeup, they had a different singer and were doing more of a JUDAS PRIEST or VAN HALEN-type generic thing. Suddenly they get a new singer, they change their look, they change their vibe and they become the legendary PANTERA. It's kind of the same with FOZZY. Not like we're legendary like PANTERA is, but we started out doing covers. We were the original STEEL PANTHER. About two years into that, we decided we wanted to do more — we wanted to do something different. That was in 2002, so it took a long time to change people's perceptions of our band."

Vinnie passed away Friday (June 22) in Las Vegas, where he owned a home. No other details of his death were immediately available. He was only 54 years old.

May 20th was the last time I texted with my bro, Vinnie Paul. His Vegas Golden Knights had just eliminated my NHL...