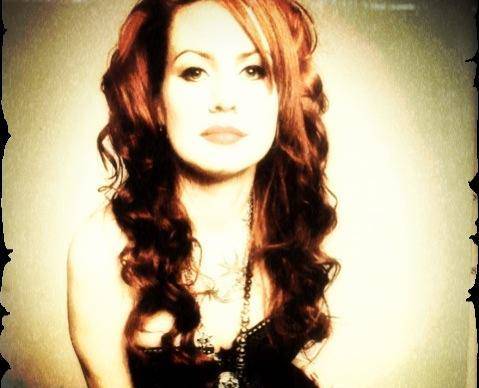 Comments the band in a statement: "Sometimes change is good. Especially when that change reunites a person with someone from the past who they love and had missed.

"That's right, folks, Nadja is back.

"We are thrilled to let you all know that Nadja Peulen had officially returned to the COAL CHAMBER family on bass. Everyone say a collective, FUCK YEAH!"

Adds Peulen (pictured above): "Beyond happy and excited today to announce my return on bass with COAL CHAMBER. I've missed my brothers and can't wait to rock the stage with them again and see all of you!"

Peulen returns to COAL CHAMBER following the departure of Canadian bassist Chela Rhea Harper, who joined the band in late 2011 and has toured with the group ever since.

Says Chela in a statement: "The last couple of years have been an incredible journey for me. I was invited to travel the world with a band that had been an integral part of my early teen years and helped me through plenty of dark times.

"It was an honor to join COAL CHAMBER for their long-awaited reunion tour. The support and encouragement from the fans and people I have met along the way has had an astounding impact on my life. I have had the opportunity to perform on stages all over the world and shared them with many of my biggest idols. I am eternally grateful.

"Congratulations to Nadja Peulen for her return to the COAL CHAMBER family!

"With love and gratitude, wishing you all the best."

COAL CHAMBER and SEVENDUST earlier in the year took part in a U.S. co-headlining tour. Also appearing on the bill was LACUNA COIL.

In an interview with the WGRD 97.9 FM radio station in Grand Rapids, Michigan, Dez Fafara stated about COAL CHAMBER's current status: "COAL CHAMBER, for me right now, is like a really fine woman, man. I've gotta re-date her — she's back in my life, I've gotta see how she is, and we've gotta take our time with each other. And that's what we're doing. And I think that's the important thing — we're doing it for the love of the music as well. There's a lot of people that never got to either see COAL CHAMBER live or haven't seen us in a long time due to the breakup.

"It's good to see [the other guys in the band] off hard drugs, man, and you can see their guys are crystal clear, and it makes me wanna do music with them again.

"Right now, with COAL CHAMBER, that's what we're doing — we're taking it slow. [In September 2012], they sent me some new tunes and said, 'Hey, would you ever think about doing a new record? Here's some new tunes.' And they were absolutely killer. They were moving forward with their sound, but yet you could tell it was COAL CHAMBER, but it wasn't so linear. So who knows what's gonna happen in the future, man? We're just playing it by ear at this point. I've got a lot going on right now, so we just have to really see."

Regarding why neither of the two former COAL CHAMBER bassists — Nadja Peulen or Rayna Foss — was involved in the band's reunion up until now, Dez told Full Metal Jackie in a separate interview, "Rayna was not [asked to be a part of it]. Rayna has been out of the band for a very long time. We did speak to Nadja. She has other things going and it wasn't really in the headspace where we were at as a band."