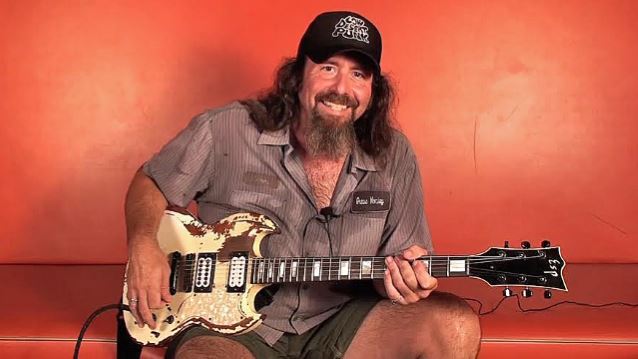 Music lesson web site PlayThisRiff.com is now featuring a round of guitar lesson videos with Woody Weatherman of CORROSION OF CONFORMITY.

At PlayThisRiff.com, you will find the following new lesson videos:

"Albatross" can be viewed at this location.

PlayThisRiff.com is owned and operated by Bob Balch from FU MANCHU.

Guitarist/vocalist Pepper Keenan played his first full show with CORROSION OF CONFORMITY since 2006 on March 7 at Manchester Academy 2 in Manchester, England.

CORROSION OF CONFORMITY's first European trek with Keenan back in the fold since 2006 marked the first time the "Deliverance" lineup of the band has played together since 2001.