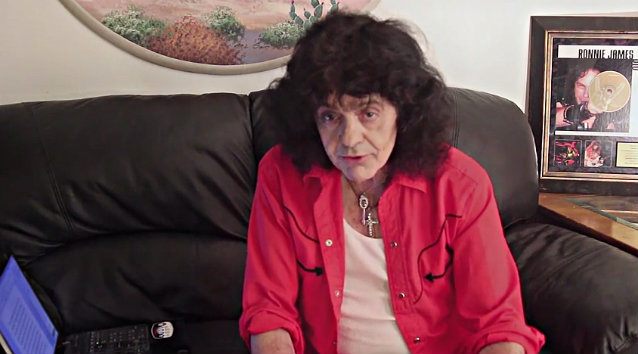 A video announcement in which Bain and Lynch detail the crowdfunding campaign to complete the project can be seen below.

LAST IN LINE performs material from the early DIO records that Campbell appeared on.

Campbell's former SWEET SAVAGE bandmate Ray Haller filled in for Bain at LAST IN LINE's October 20 performance at the Loud Park festival at the Saitama Super Arena in Tokyo, Japan.

Bain was arrested in August 2012 in Burbank, California on suspicion of driving under the influence of drugs.

The 65-year-old musician caused a collision, failed a subsequent a field sobriety test and was found to be in possession of Vicodin pills without a valid prescription.

Bain, who had an outstanding felony warrant for drugs, was arrested on suspicion of DUI, possessing narcotic pills and the warrant.