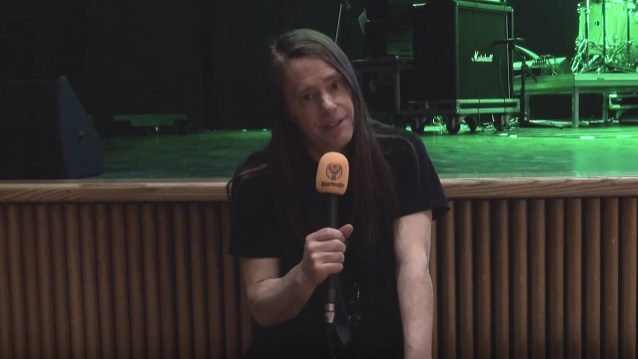 According to The Pulse Of Radio, early NIRVANA drummer Chad Channing, a member of the band between 1988 and 1990 who performed on the band's 1989 full-length studio debut "Bleach", was asked by Kaaos TV if he has any regrets about leaving the group just before they exploded with 1991's "Nevermind". Channing replied: "I have no regrets because I always thought that things just sort of fall in place for a reason. For example, I was that perfect puzzle piece for the band at the time, and then they needed another piece to do other things and stuff."

Channing continued: "Our differences were strictly on a musical level. We always stayed friends. In fact, I remember the first time I saw them with Dave [Grohl] at this place called the OK Hotel. It was the first time I'd seen the guys in probably a year or so, and it was really good to see them. It was like, 'Hey, how's it going?' It was very friendly."

Channing added: "I found out what a really nice guy Dave is. So it was really cool meeting him too."

Channing said that he did not have any "ill will" about his exit from the group, remarking: "I have no regrets. I look back at those days and I think, 'Wow, I played a small part in something.' So I'm happy with that."

Channing did play on some demos for "Nevermind" recorded at producer Butch Vig's studio in Madison, Wisconsin. One song on which he appeared, "Polly", made it to the final track list of the record.