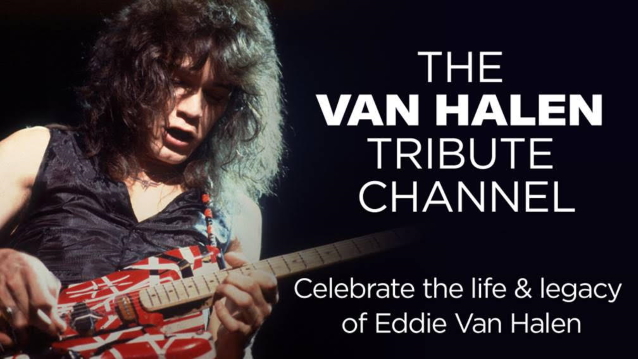 SiriusXM is remembering guitar virtuoso and VAN HALEN co-founder Eddie Van Halen with a special pop-up channel dedicated to his life and legacy.

Eddie Van Halen passed away on Tuesday (October 6) at the age of 65. The legendary VAN HALEN guitarist died at St. John's Hospital in Santa Monica, California. His wife, Janie, was by his side, along with his son, Wolfgang, and Alex, Eddie's brother and VAN HALEN drummer.

The guitarist was diagnosed with mouth cancer in 2000 and had tongue surgery. He was later diagnosed with throat cancer and reportedly had been receiving radiation treatment in Germany.

Early last year, rumors were rampant that the classic-era lineup of VAN HALEN would reunite for the first time since 1984. It's unclear why the tour didn't happen, though there has been online chatter that a health setback involving Eddie Van Halen might have been responsible.

Last November, TMZ reported that Eddie spent several days in a hospital due to complications from his cancer treatment. Sources close to the legendary guitarist told the site he was admitted to the hospital with intestinal issues and abdominal pain, both the result of a bad reaction to the drugs Eddie was reportedly taking to battle throat cancer.