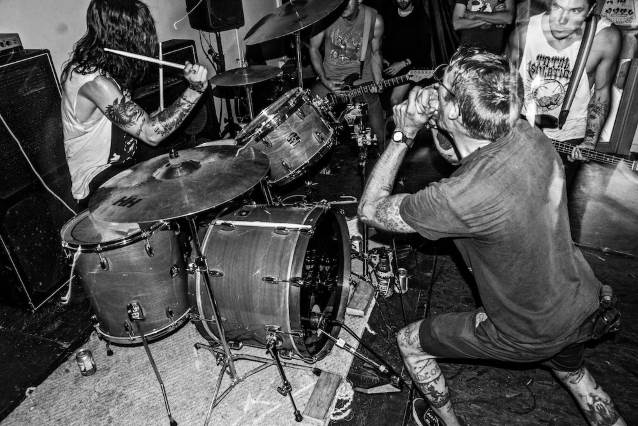 The world might have heard of EROSION a little sooner if the members weren't busy sharing duties in a handful of other projects. Guitarist Nick Yacyshyn, drummer Danny Marshall, and bassist Andrew Drury are more widely known for their work in Vancouver's beloved hardcore veterans BAPTISTS. Rick O'Dell was snagged from his bass duties with sludgy classic rockers TOBEATIC and punk rippers HARD FEELINGS to join EROSION on second guitar while vocalist Jamie Hooper was recruited for the vitriol he unleashed with the triumphant metal export 3 INCHES OF BLOOD and the grimy punk band CONGRESS. Given their pedigree, it's no small wonder that their debut full-length, "Maximum Suffering" exudes the kind of ugliness that only comes from artists steeped in the art of musical ferocity.

"Maximum Suffering" is EROSION's first release since 2013's "Kill Us All" cassette EP. Self-described as a "cathartic audio expulsion of our collective contempt for humanity," "Maximum Suffering" combines the reductionist brutalism of early grind outfits, the blazing tempos of classic d-beat hardcore, and the warped stomp-and-crush riffage of modern death metal's most nefarious troglodytes. On songs like "Human Error", the band takes the punishing lurch-and-mangle of classic powerviolence acts and ramps it up with adroit musicianship and meaty, blown-out tones.

The track listing for the album is as follows: 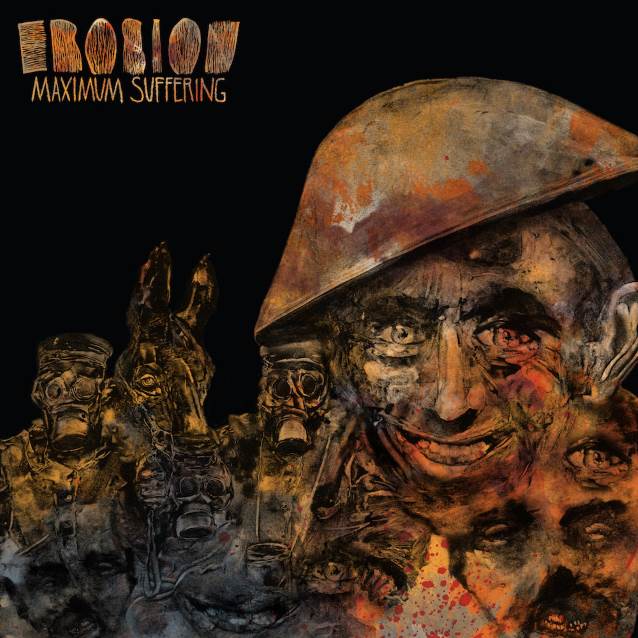