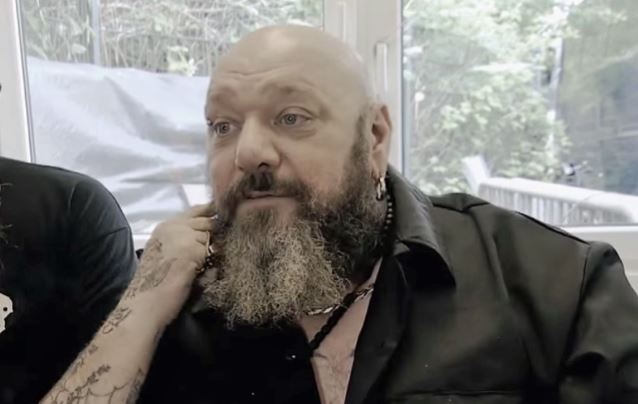 ARCHITECTS OF CHAOZ, the new band featuring former IRON MAIDEN singer Paul Di'Anno alongside members of Paul's longtime German touring backing group THE PHANTOMZ, was interviewed by Germany's WDR "Rockpalast" prior to ARCHITECTS OF CHAOZ's May 22 performance at the Rock Hard Festival in Gelsenkirchen, Germany. You can now watch the chat below.

Asked why he changed his mind after he announced that he was retiring from the road in 2013, Di'Anno responded: "No, I didn't retire. Everyone got that wrong. I was gonna take some time and I was gonna get my knee fixed, which soon will happen, obviously and unfortunately. I wasn't gonna retire. I wanted to retire the MAIDEN stuff and do what I am now doing [with ARCHITECTS OF CHAOZ]. But now, I'm, like, 'Ah, fuck it! I'll do both.'"

He continued: "We still play as THE PHANTOMZ every now and again, and around the world, I still do the covers stuff. And then we wanna try the ARCHITECTS out around the world, which it deserves to be there. Let's be honest, you know what I mean?! I haven't heard anything… I'm not being big-headed, but we're different. We're metal, we're hardcore, we're punk… We've got so many different ways we can go. Especially for a German band, outside of RAMMSTEIN, I don't think there's been anything good from Germany… So there you go."

ARCHITECTS OF CHAOZ will release its debut album, "The League Of Shadows", in North America on July 24 via Metalville Records.

Recorded, mixed and mastered by Martin Buckwalter (DESTRUCTION, PERZONAL WAR, SUIDAKRA), the songs on "The League Of Shadows" follow the tradition of classic New Wave Of British Heavy Metal (NWOBHM), including influences of modern power metal.

"The League Of Shadows" track listing:

ARCHITECTS OF CHAOZ is scheduled to perform at the Wacken Open Air festival on July 30.

Di'Anno recorded two classic albums with IRON MAIDEN before being fired and replaced by Bruce Dickinson. He went on to front a number of other bands, including KILLERS and BATTLEZONE, and released several solo records. 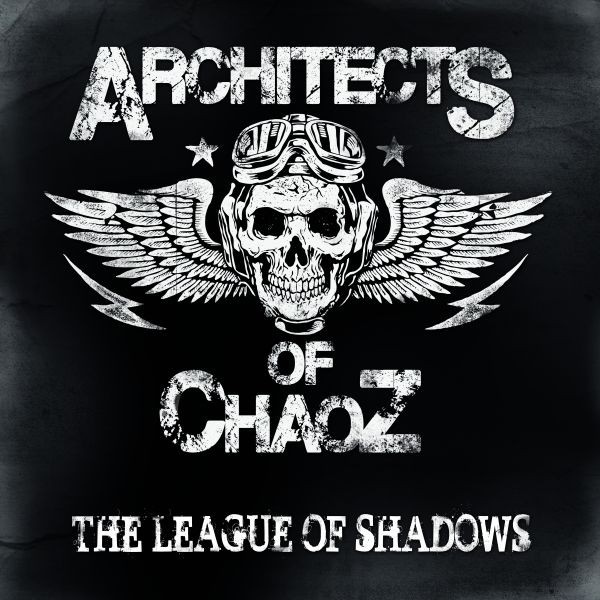