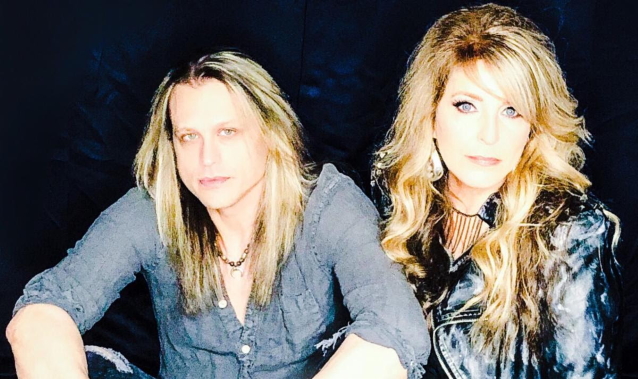 GARDNER*JAMES, former VIXEN singer Janet Gardner's collaborative project with her husband, guitarist/producer Justin James, has released the official music video for the song "Rise Up". The track is taken from GARDNER*JAMES's latest album "Synergy", which which was made available via Pavement Entertainment.

Janet and Justin produced the entire video on their own during the pandemic. Justin says: "We turned our living room into a giant green screen, and Janet edited the video on our computer at home." The result is some eye-popping effects to complement this powerful song.

"Synergy" is the first Gardner/James album to be released under the GARDNER*JAMES banner. The couple previously collaborated on Janet's first two solo albums, 2018's "Janet Gardner" and 2019's "Your Place In The Sun".

James had previously worked as a guitarist/songwriter/producer with members of STAIND, COLLECTIVE SOUL and TYKETTO.