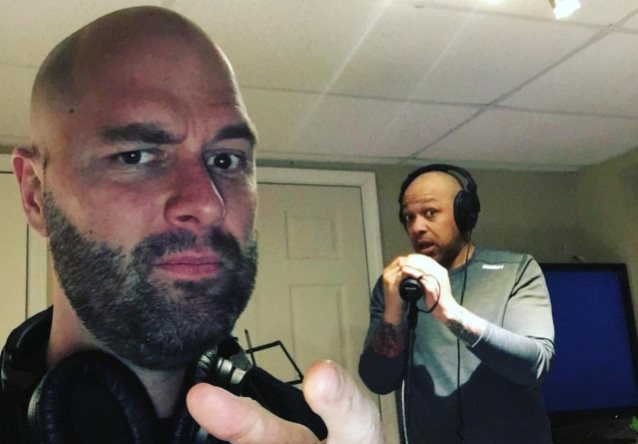 Former KILLSWITCH ENGAGE and current DEVIL YOU KNOW singer Howard Jones is collaborating with ex-SOILWORK guitarist Peter Wichers on a new studio project. Jones recently visited Wichers's studio in North Carolina to begin laying down ideas for the project's upcoming full-length debut, details of which will announced as they become available.

In related news, DEVIL YOU KNOW will commence the songwriting process for its third full-length album this month.

Jones was fired from KILLSWITCH ENGAGE in January 2012 because of his struggle with personal issues, including diabetes that had gone untreated for several years. He has since been replaced by Jesse Leach, who previously sang on the band's first self-titled album, which came out in 2000, and on their landmark 2002 Roadrunner debut "Alive Or Just Breathing".

Wichers left SOILWORK for the second time in June 2012. He blamed his exit on "creative differences" but the band's lead singer, Björn "Speed" Strid, later said that Peter simply could not deal with the touring lifestyle anymore.