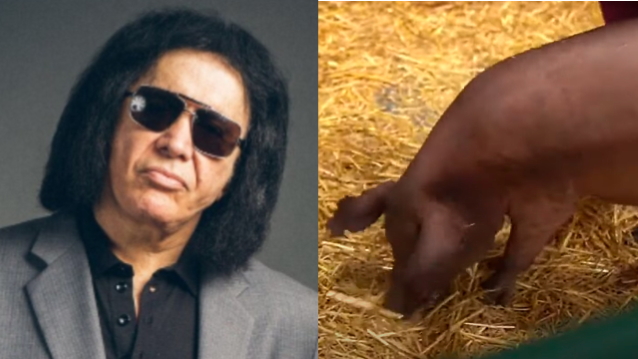 On Friday (August 28), Musk unveiled a pig called Gertrude with a coin-sized computer chip in her brain to demonstrate his ambitious plans to create a working brain-to-machine interface.

"It's kind of like a Fitbit in your skull with tiny wires," the billionaire entrepreneur said on a webcast.

Neuralink has already applied for human trials, with hopes of launching those experimental runs by the end of this year — if it's approved by the U.S. Food and Drug Administration.

If successful, a brain implant like this could revolutionize medicine, Musk said, such as treating brain injuries, depression, addiction and other neurological disorders.

Earlier today, Simmons tweeted: "Greatly admire Elon Musk and his NEURALINK venture. This will help millions of people. Google it."

According to The Verge, the first clinical trials will be in a small number of patients with severe spinal cord injuries, to make sure it works and is safe.

Neuralink, which was founded in 2016, has previously tested an wired version of its implant in rats.

Greatly admire Elon Musk and his NEURALINK venture. This will help millions of people. Google it.