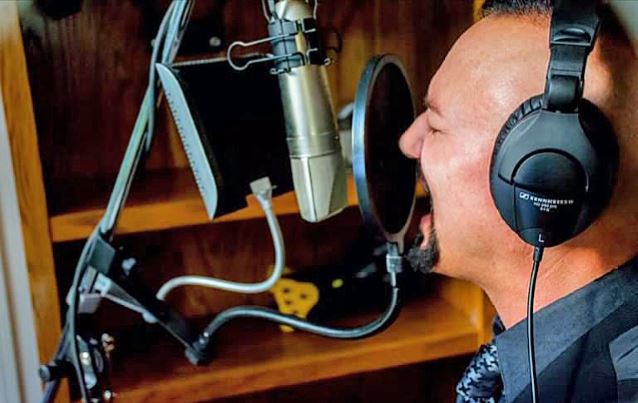 On Thursday, June 25, OPERATION: MINDCRIME, the new band led by former QUEENSRŸCHE singer Geoff Tate, filmed a video for an as-yet-undisclosed song from its upcoming debut album. The clip is one of two OPERATION: MINDCRIME videos which are being produced and directed by Seattle filmmaker and documentarian Jamie Burton Chamberlin (of Black Dahlia Films), who previously worked with DUFF MACKAGAN'S LOADED on "The Taking" series.

OPERATION: MINDCRIME's debut CD, which is due later in the year via Frontiers Music Srl, will be the first part of a trilogy project which Tate began recording in 2014.

Tate, who was fired from QUEENSRŸCHE in June 2012, told Heavy Metal Television about the upcoming trilogy: "I love writing stories, and I love creating musical stories, and I wanted to do something that was very in-depth. As it looks, it's gonna take about three records to cover this story."

He continued: "It's an international story set in many places around the world. And it's a bit of a mystery that I think will be interesting to follow along to see if they can solve.

"I know I always like mysteries; I like to see if I can figure out what's happening and where things are going."

Tate added: "I think it's gonna be one of the coolest things I've ever done. I'm very excited about the music. It's very intense and very progressive, very heavy, very light… It kind of covers a lot of ground, which I think a story should. I mean, a story shouldn't be static; it should have different movements to it, and it should have different shades of color, so that's what this hasm and it's written with that in mind."

Tate, who has always enjoyed telling stories though his music, considers the creation of the forthcoming trilogy one of his biggest and most ambitious works to date.

"I tried to reduce the story and eventually got it down to 37 ideas that needed representing to complete the story," commented Geoff. "I knew that one record wouldn't cover it and that it would have to be a trilogy."