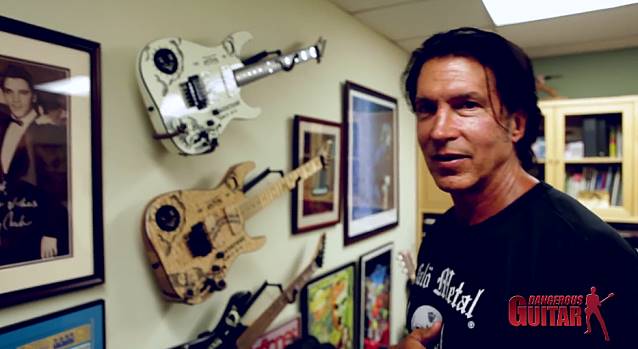 Dangerous Guitar teamed up with guitar icon George Lynch (DOKKEN, LYNCH MOB, T&N, KXM) to give you an exclusive behind-the-scenes look inside the USA headquarters of ESP Guitars, one of the fastest-growing guitar makers in the world. From the CEO's office to the artist showroom, George takes you on a tour and talks about the guitar company he's been with for nearly three decades. Check it out below.