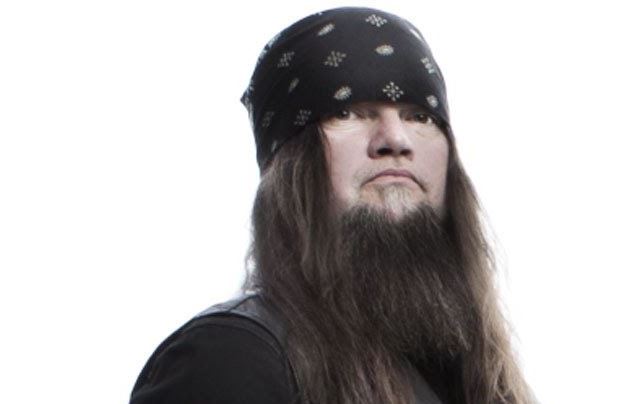 Guitarist Greg Tribbett hasn't ruled out making another album with MUDVAYNE, explaining that "it's just a matter of time" before the bandmembers' schedules align so that they can record the follow-up to 2009's self-titled CD.

It's been six years since MUDVAYNE released its fifth album and little has been heard about the band since then.

MUDVAYNE did not tour behind the effort, which was barely promoted and sold weakly upon release.

Asked if there is any chance of MUDVAYNE regrouping to record a new studio album, Tribbett told Metal Wani: "Well, like they say, never say never. We all talk. [Singer] Chad's [Gray] doing the HELLYEAH thing. We're doing this thing. It's just a matter of time, I think. But we'll see, man. It could happen in the future; that's all I can say about it. But, as I said, I'm gonna be [touring with] AUDIOTOPSY for the next couple of years, and I know Chad's doing another record with HELLYEAH. So we've still gotta wait a bit, man, but we'll see what happens."

HELLYEAH and MUDVAYNE singer Chad Gray told Songfacts in a recent interview that he doesn't know if the latter group will ever work together again. Asked if there was a chance for MUDVAYNE to come back to life, Gray said, "I don't know if the full band will. Who knows — they might be putting something else together. We were talking for a while and that whole Greg thing went down and everything kind of fell apart."

"The Greg thing" was the departure of Tribbett from HELLYEAH in 2013. Gray called his connection with Tribbett "the only truly solid relationship in [MUDVAYNE], although Matt and I are still great, Ryan [Martinie, bass] and I still briefly talk. I mean, the only way I personally would want to do MUDVAYNE is if everybody licked their wounds and got over it."

Gray said that there were "a lot of things" that tore MUDVAYNE apart, adding, "Maybe MUDVAYNE was the martyr for people that stopped supporting music. You sell 159,000 records the first week, and then the next record is like, 'Whatever, fuck it.'"

Gray admitted to Revolver recently that Tribbett's exit from HELLYEAH "was like losing a great friend… He has always been my right-hand man."

In a late 2010 interview with the music blog Warwick, MUDVAYNE bassist Ryan Martinie discussed the group almost entirely in the past tense. When asked about the quartet's musical evolution, Martinie said, "I think that what we did is valuable. It's become a cog in the wheel of music in some sort of way. We are a piece of musical history now… We were always just responding to our environment. I always saw the band to be important as an aspect of my life, as something that was supposed to take us places that are positive, and in that sense everything that happened with the band has happened for a reason."