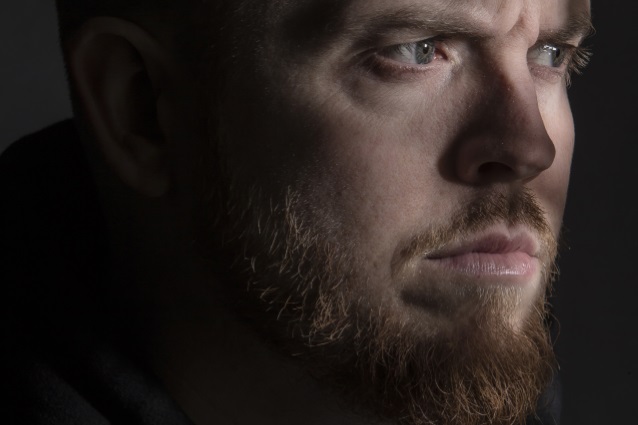 HATEBREED frontman Jamey Jasta has released a new solo song titled "13 Appears". The track, which can be streamed below, features guest appearances by PRONG mainman Tommy Victor and guitarist Joey Concepcion, who has previously played with SANCTUARY, THE ABSENCE and ARMAGEDDON.

"13 Appears" is the first new solo Jasta song to be released since "Chasing Demons", which was made available last year. That track featured guest vocals from former KILLSWITCH ENGAGE and current LIGHT THE TORCH singer Howard Jones.

Released in 2011, Jamey's debut solo album, "Jasta", sold around 4,000 copies in the United States in its first week of release to debut at position No. 133 on The Billboard 200 chart. The CD landed at position No. 1 on the Top New Artist Albums (Heatseekers) chart, which lists the best-selling albums by new and developing artists, defined as those who have never appeared in the Top 100 of The Billboard 200.

Asked what the musical separation is between JASTA and HATEBREED, Jamey told Metal Insider in a 2016 interview: "With JASTA, I can take a song I wrote for another band 10 years ago that's been sitting on a flash drive, and even though it's something I would have never done, like 'The Fearless Must Endure'… Originally, I wanted to give that song to Sebastian Bach, and one of the riffs I ended up using on the song, and I got Zakk Wylde to play on that song — and it actually charted on radio. I played it [at my solo shows] and the whole place was singing it and had their hands in the air, and I was so happy I kept it. Some HATEBREED fans scoffed at it, others liked it, but I liked it. It doesn't have to be for just HATEBREED fans, and that's the difference."