HELLYEAH has released a five-minute video featuring behind-the-scenes footage from the first week of band's "We're All In This Together" tour with ESCAPE THE FATE, NEW YEARS DAY and FROM ASHES TO NEW. Check out the clip below.

"We're All In This Together" ends on June 5 in Las Vegas. HELLYEAH will then venture out on the "Hell Pop Tour" with IN THIS MOMENT, beginning on June 18 in Des Moines, Iowa.

HELLYEAH's fifth album, "Unden!able", will be released on June 3. The disc marks the first time that HELLYEAH's current lineup — which includes Vinnie, Maxwell, Gray, guitarist Christian Brady and bassist Kyle Sanders — has recorded together as a unit.

As previously reported, "Unden!able" will feature a cover version of the song "I Don't Care Anymore", which was written, performed, and produced by English singer-songwriter Phil Collins for his second solo LP, 1982's "Hello, I Must Be Going!" HELLYEAH guitarist Tom Maxwell told Springfield, Illinois radio station WQLZ over the weekend that HELLYEAH's version of the song will feature a special appearance from late PANTERA guitarist "Dimebag" Darrell Abbott.

Maxwell explained: "Dime and Vinnie [Paul Abbott, former PANTERA and current HELLYEAH drummer] recorded that track years ago and we went in and dug up his tracks and put it on the record, man. So we've got a little Dime… Dime's on our album." 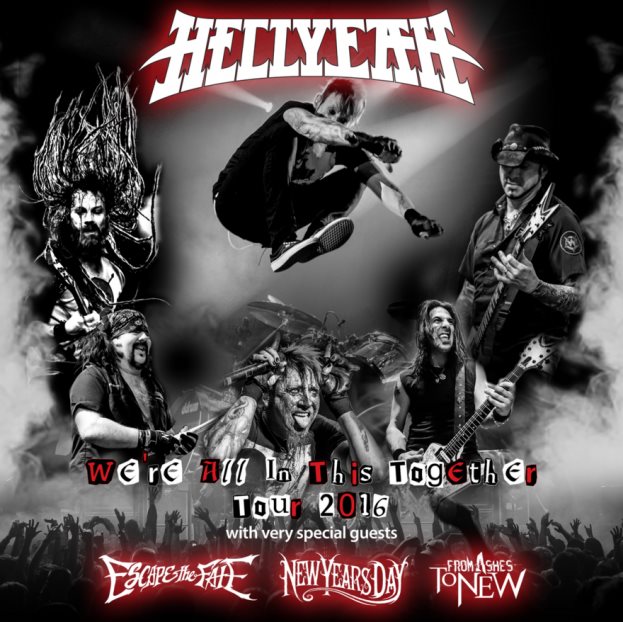