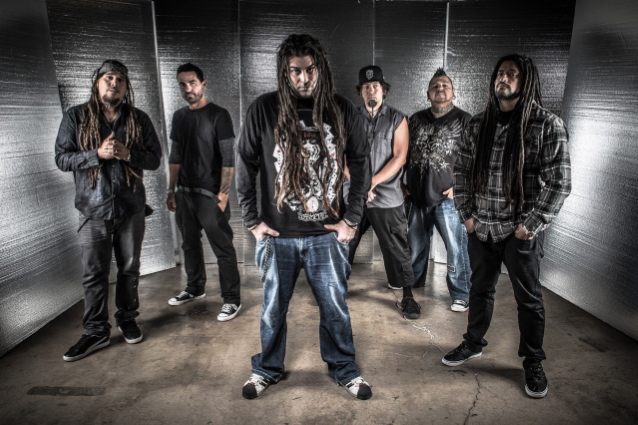 The battle over the ILL NIÑO name appears to finally be over.

Earlier today, vocalist Cristian Machado, lead guitarist Ahrue "Luster" Ilustre, rhythm guitarist Diego Verduzco, drummer Dave Chavarri and bassist Laz Pina announced that they "have reached a mutual, amicable and binding agreement" that will allow Chavarri and Pina to continue with ILL NIÑO while Machado, Verduzco and Ilustre will move on with new projects. According to a joint statement release by the five musicians, "No party has admitted fault and there has been no court judgment on the merits. The parties entered into a confidential settlement agreement."

Back in January 2019, Chavarri and Pina announced that they had recruited vocalist Marcos Leal (SHATTERED SUN), lead guitarist Jes DeHoyos (SONS OF TEXAS) and rhythm guitarist Sal Dominguez (UPON A BURNING BODY) to be in their new incarnation of ILL NIÑO. The Chavarri-led ILL NIÑO also issued a new song called "Sangre". A day later, Machado, Ilustre and Verduzco dismissed reports that they had left ILL NIÑO and vowed to continue with their own version of the band. Two months later, the trio filed a lawsuit against Chavarri and Pina, accusing the drummer and bassist of failing to pay the band's tour rental company and engineers, slandering Machado by spreading rumors that he has a drug problem, collecting and spending the band's money without consulting in all of the members and refusing the members access to the group's financial records.

In a statement announcing the launch of his new version of ILL NIÑO, Chavarri said about the split with his former bandmates: "Being in a band is much like being married, and sometimes people grow apart, and no longer see eye to eye, and a separation becomes inevitable."

In 2016 and 2017, the band celebrated the fifteenth anniversary of its debut LP, "Revolution Revolución", with European and Australian tour dates.

Ahrue, Christian, Dave, Diego, and Laz announce that they have reached a mutual, amicable, & binding...