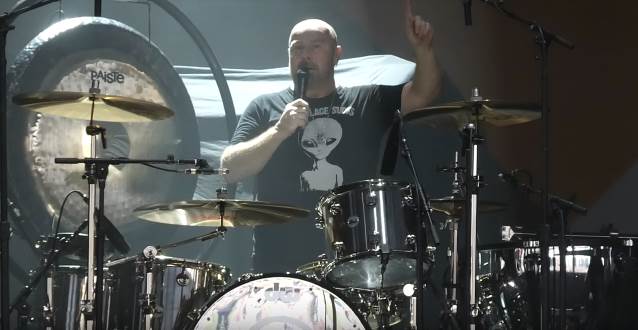 Prior to launching into the first notes of "Stairway To Heaven", Bonham took the mic and told the crowd: "[This is] a very special song that we didn't do last year. But I thought it was right, and especially right to do it today. I'd like to dedicate this song to a dear friend of mine, Mr. Vinnie Paul, who we lost last night. This is to celebrate, not to be down. Let's celebrate the life. God bless you. Tell the one you're with you love 'em every day. This song is for all of you."

Vinnie Paul died on Friday, June 22 at his home in Las Vegas. His body has been turned over to the medical examiner to determine a cause of death, and after that, he will be flown back to his home state of Texas to be buried between his mother and brother.