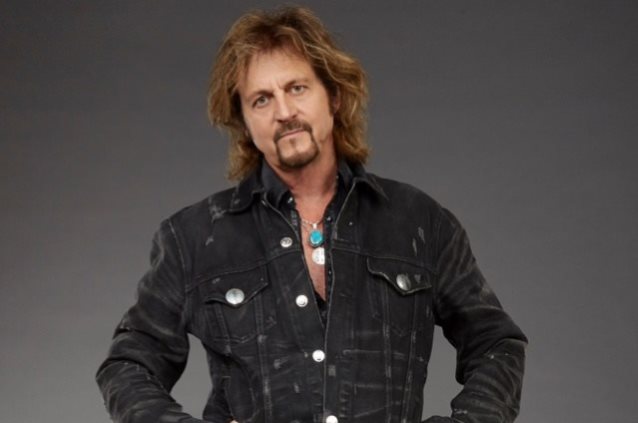 Legendary keyboardist, vocalist and songwriter Gregg Rolie takes his rightful place this April 7 at the Rock And Roll Hall Of Fame induction in New York City as a two-time member of the Hall. He is the only artist being inducted for a second time this year. And he is only the 22nd musician to obtain this honor.

He was first inducted as a founding member of SANTANA; and, now for this year's class, JOURNEY, for whom he was the original lead singer. Currently, he has been a featured member of RINGO STARR'S ALL STARR BAND for the last five years. And, last year, he participated in "Santana IV", the wildly anticipated studio album that reunited the revered early '70s lineup of guitar icon Carlos Santana (guitar, vocals), Gregg Rolie (keyboards, lead vocals), Neal Schon (guitar, vocals), Michael Carabello (percussion) and Michael Shrieve (drums). The album signifies the first time in 45 years — since 1971's multi-platinum classic "Santana III" — that the quintet has recorded together. In between all of that, he has had several bands and a longtime solo career.

A year after graduating from high school in 1965, Rolie joined Carlos Santana and others to form the SANTANA BLUES BAND, which was later shortened simply to SANTANA. As a founding member of SANTANA, Rolie was part of the band's first wave of success, including an appearance at the Woodstock Music And Art Festival in 1969 and central roles in several hit albums. He is perhaps best known for being the original lead vocalist, with his voice driving such classic SANTANA hits as "Black Magic Woman" (U.S. #4), "Oye Como Va", "No One To Depend On" and "Evil Ways".

In 1973, Rolie joined a new band with ex-SANTANA guitarist Neal Schon; this became JOURNEY who is being inducted this year into the Rock Hall. He was keyboardist for the band's first six albums. On "Journey" and "Look Into The Future", he was lead vocalist, and on "Next", he shared those duties with guitarist Neal Schon. After Steve Perry joined the band in 1977, Rolie sang co-lead vocals on several songs on the albums "Infinity", "Evolution" and "Departure".