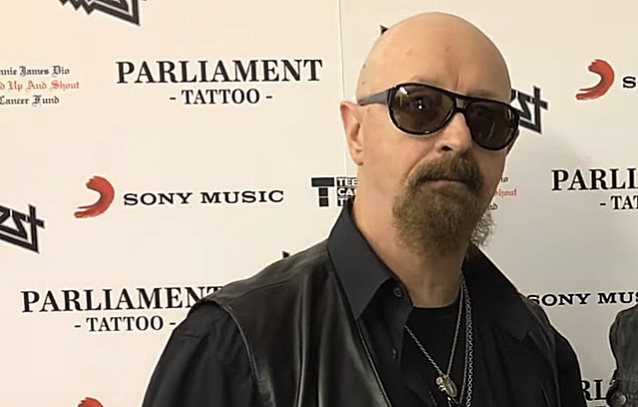 Speaking to Planet Rock's Paul Anthony at the launch of "Hell Bent For Leather", a new exhibition of leather jackets hand-painted by world-renowned tattoo artists, Halford stated about the progress of the recording sessions for PRIEST's new disc (see video below): "Well, we're still tracking. I won't say we're at the end [of the recording process], but we feel like we're coming to some of the final moments. And it's just great to watch how a record comes together, from those early, early days where there was just me and [guitarists] Glenn [Tipton] and Richie [Faulkner] sitting in the studio with a couple of guitars and just, you know, doing what we do. You start the day with nothing, and then at the end of day, potentially, you've got a really great, classic PRIEST song that may live forever."

He continued: "So we're hard at it. We're still doing what we love to do. PRIEST is a working band more than anything else. It's that Midlands ethic, the work ethic of anybody that goes to work… I say it's work, 'cause it is work — you're working with your mind, you're being creative. And now we're moving through into other stages, we're preparing for another big world tour, getting stage designs sorted, lighting designs sorted. So this is the beginning of what's gonna be a very exciting 2018 period."

Allom produced every PRIEST release from "Unleashed In The East" (1979) through "Ram It Down" (1988), along with several live records since then. As a young engineer, he also worked on the first three BLACK SABBATH records under producer Rodger Bain.

During a January 2017 appearance on "Trunk Nation", Eddie Trunk's show on SiriusXM channel Volume (106), Halford said that there was no set-in-stone timetable for the release of PRIEST's next album. "You know, there is no rush," he said. "There is no rush. We feel great. We're very happy, we're very confident, we're very excited. And so, yeah, we're working with our label and with promoters, and there's a lot of stuff going on behind the scenes."

Halford said last year that JUDAS PRIEST wasn't interested in making "a 'Redeemer Of Souls Part Two'." He explained: "I think it's very important that we make another stand-alone record again, a heavy metal record that's going to have its own legs and just be as different as all of them have been so far."

"Redeemer Of Souls" was released in July 2014. The follow-up to 2008's double-disc concept album "Nostradamus" was billed as a return to JUDAS PRIEST's heavy-metal roots.

"Redeemer Of Souls" sold around 32,000 copies in the United States in its first week of release to land at position No. 6 on The Billboard 200 chart.

JUDAS PRIEST's tenth studio album, "Turbo", was recently remastered and was released via Sony Music on February 3 on three CDs (the original album and two bonus discs) as well as one-LP 150-gram vinyl. Included on disc 2 and 3 of the CD reissue was, previously unreleased, "Live in Kansas City", a live recording from the band's 1986 "Fuel For Life" tour in support of "Turbo". 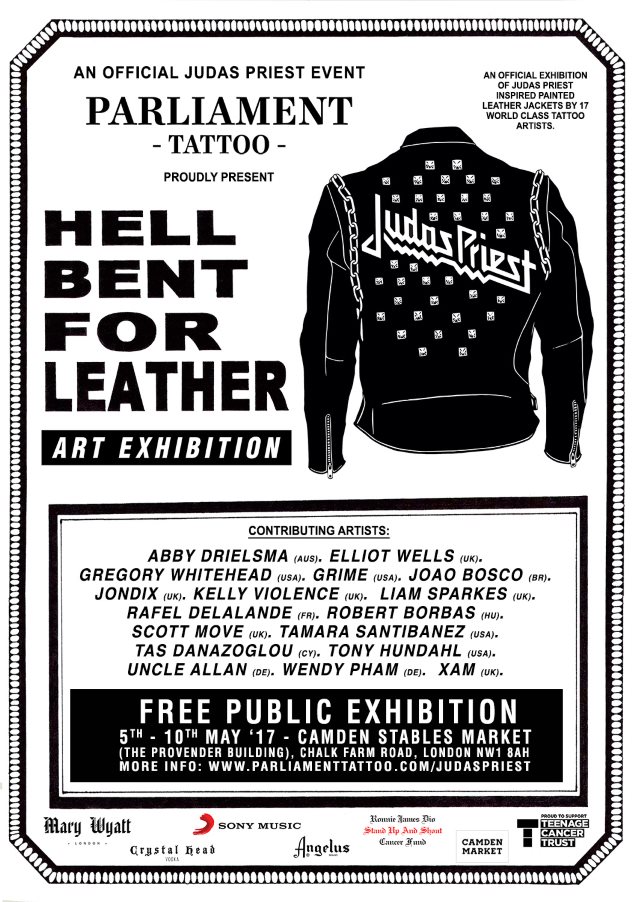