In a brand new interview with OC Weekly, SLAYER's Kerry King was asked if there has been discussion about solidifying guitarist Gary Holt's presence in the band full-time at some point in the not-too-distant future.

"That's something I definitely want to address sooner than later," Kerry said. "We just got recording [the new SLAYER album 'Repentless'] out of the way and we still had to get [drummer] Paul [Bostaph] situated. Not as if this issue wasn't important to us, we just had other things on our mind. I know we got Paul's deal in — and I don't even know if that's even gotten finalized yet, but I know we got the paperwork through and it's in the process. To us, we had to do that first, because Paul was in the band for ten years prior to this. The next thing to do is make a legit offer to Gary if he's going to stay on board. And that's okay if he's not interested in staying. I certainly wouldn't ask him to quit EXODUS; that's not part of it at all."

Holt, who is still a member of San Francisco Bay Area thrash icons EXODUS, has been the touring guitarist for SLAYER since January 2011 when the band's co-founding guitarist, Jeff Hanneman, contracted necrotizing fasciitis, also known as flesh-eating disease, from a spider bite in his backyard. The infection ravaged the flesh and tissues of Hanneman's arm, leading to numerous surgeries, skin grafts and intense periods of rehab that forced him into semi-retirement and left him near death at several points.

Holt did not contribute to the songwriting process on "Repentless", although he did lay down guitar solos on most of the album's twelve tracks.

"I would have loved for Gary to have been more involved with writing," King explained to LA Weekly. "I thought a long time about this, but I didn't think SLAYER fans were ready for that yet. Even though Gary's a household name in thrash, I didn't feel that the first SLAYER record without Jeff should have Gary Holt contributing as a writer."

Hanneman's last appearance with SLAYER was in April 2011, when he played an encore with the band at the "Big Four" concert in Indio, California.

In a recent interview with Fuse.tv, Holt was asked how his status as the touring guitarist in SLAYER is different from his normal duties in EXODUS.

"In EXODUS, I do most of the heavy lifting," he said. "Whereas SLAYER, that would be carried by [bassist/vocalist] Tom [Araya]. [With SLAYER] I just show up, have a couple of drinks, go out and shred, play the set and then relax. We have a good time. My job description is very simple: Just go out and rage. It's easy for me."

Asked if he would consider writing with SLAYER, Holt said: "Kerry wrote the whole [upcoming] album. I just go out and play guitar. It's refreshing to not have to go out and do all the other stuff. I don't have to do the press and all that. I just show up, go straight into my dressing room and get ready to play the show and get off stage and relax. In the future, I've been around four years, down the road if we get to another album and Kerry asks me to contribute, I've got no shortage of riffs."

Regarding how he balances being in both bands, Holt said: "It's hard. There are times when EXODUS has to get someone to fill in for me because I'm locked up with SLAYER. We send out what I like to refer to as my 'stunt double,' whoever that may be! It's hard because I can't do it 12 months straight. I have a wife and children at home. I have to try to balance the three... family and two bands. It can be problematic but there are worse problems to have."

"Repentless" will be released on September 11 via Nuclear Blast. 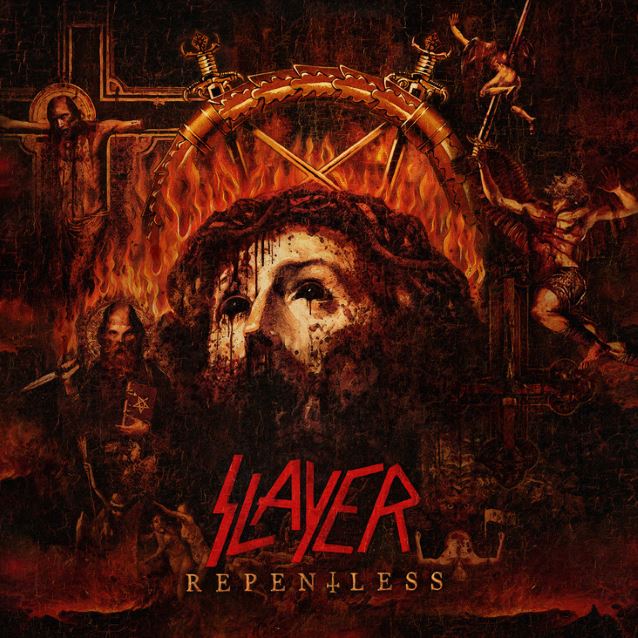 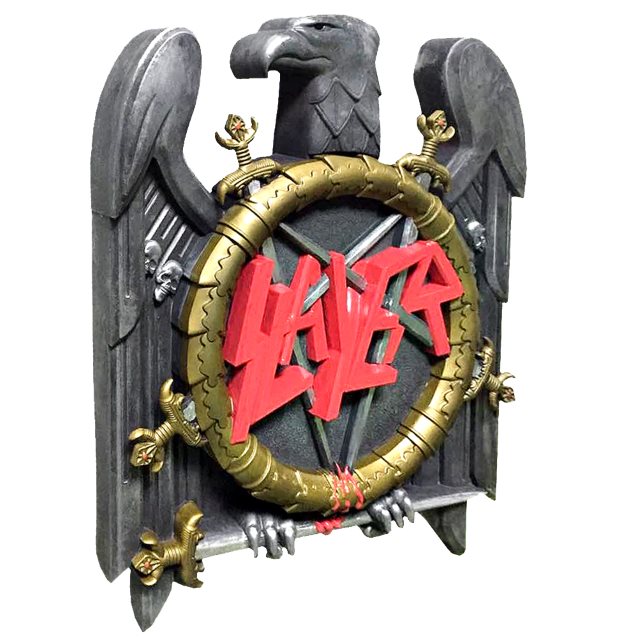