Due to "unforeseen circumstances," KORN has postponed more than half a dozen headlining shows it was scheduled to play in May. The band states: "We will still be performing at Carolina Rebellion on May 6th, Pointfest on May 13th and Rock On The Range on May 20th. All tickets will be honored, or refunded at the point of purchase. Stay tuned for more information regarding rescheduling the dates."

Arvizu was rescheduled to rejoin KORN at the Carolina Rebellion festival on May 6.

KORN and STONE SOUR's summer tour is set to get underway June 16 at the USANA Amphitheatre in Salt Lake City, Utah and then continue through early August.

KORN's latest album, "The Serenity Of Suffering", came out at the end of October. The track "A Different World" features a guest appearance from SLIPKNOT and STONE SOUR frontman Corey Taylor. 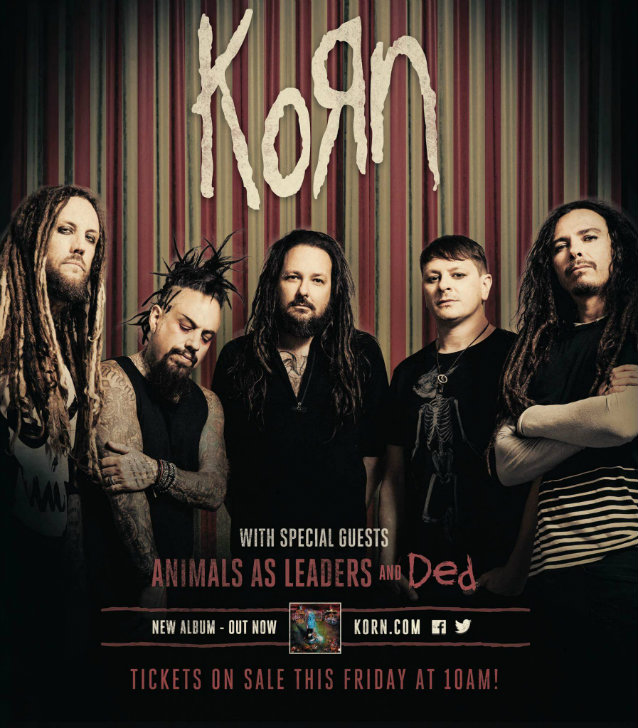