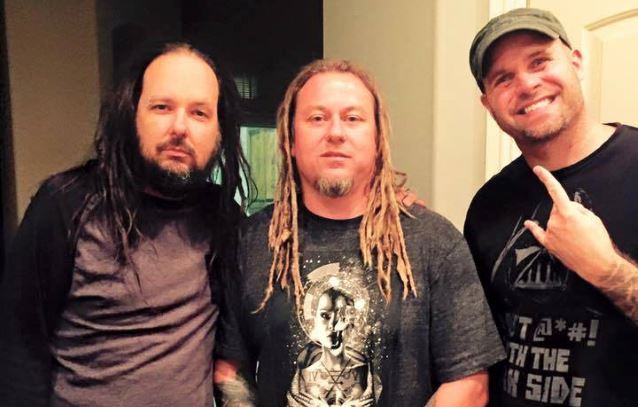 SUNFLOWER DEAD, the infectious active rock band from Long Beach, California, will release its sophomore studio album, "It's Time To Get Weird", on October 30 via the group's own label Bloody Bat Records. The CD was produced by Dave Fortman (EVANESCENCE, GODSMACK, SLIPKNOT) and Mikey Doling (GEMINI SYNDROME) and consists of 12 new tracks, including the title cut, which features KORN's Jonathan Davis on vocals.

The album's first single, "Dance With Death", is at Active Rock Radio now and is available for purchase via iTunes.

The lyric video can be viewed below.

"It's Time To Get Weird" track listing:

The band just wrapped up a 22-date European tour with headliners SNOT, including two dates as support for KORN in the United Kingdom this July.

SUNFLOWER DEAD has traveled the U.S. on tour with the likes of HELLYEAH, ALL THAT REMAINS, ILL NINO, IN THIS MOMENT, POWERMAN 5000, SOIL, HURT, SMILE EMPTY SOUL and NONPOINT over the past two years supporting their debut release. 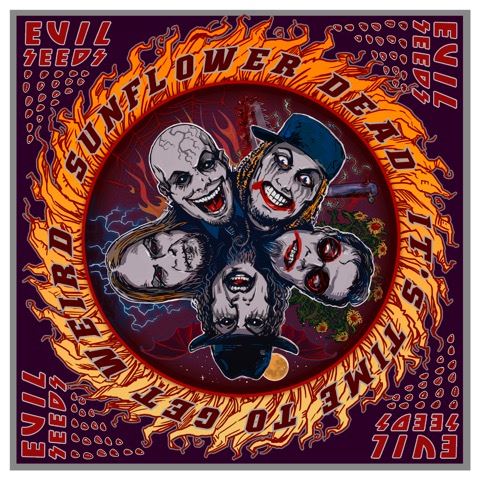