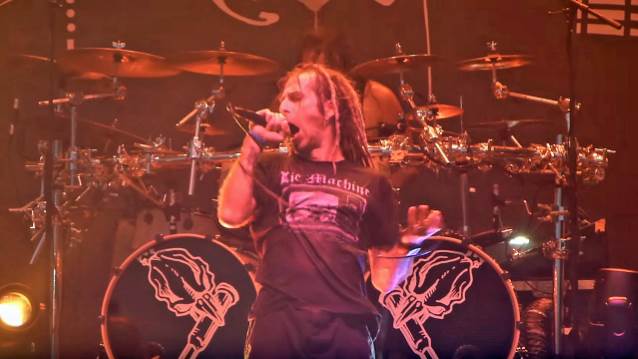 Fan-filmed video footage of LAMB OF GOD's July 27 performance at the Impact Music Festival in Bangor, Maine can be seen below.

Cruz is filling in for LAMB OF GOD's regular drummer, Chris Adler, who is sitting out the band's tour with SLAYER "due to unforeseen circumstances."

The North American trek, which also features ANTHRAX, TESTAMENT and NAPALM DEATH, is scheduled to run through August 26 in San Jose, California.

LAMB OF GOD said in a statement that Art was recruited for the gig "at the recommendation of Chris." The band added that it expects "to see Chris returning in the very near future."

LAMB OF GOD is touring in support of its covers album, "Legion: XX", which was released under the BURN THE PRIEST banner on May 18 via Nuclear Blast in Europe and Epic Records in the U.S. 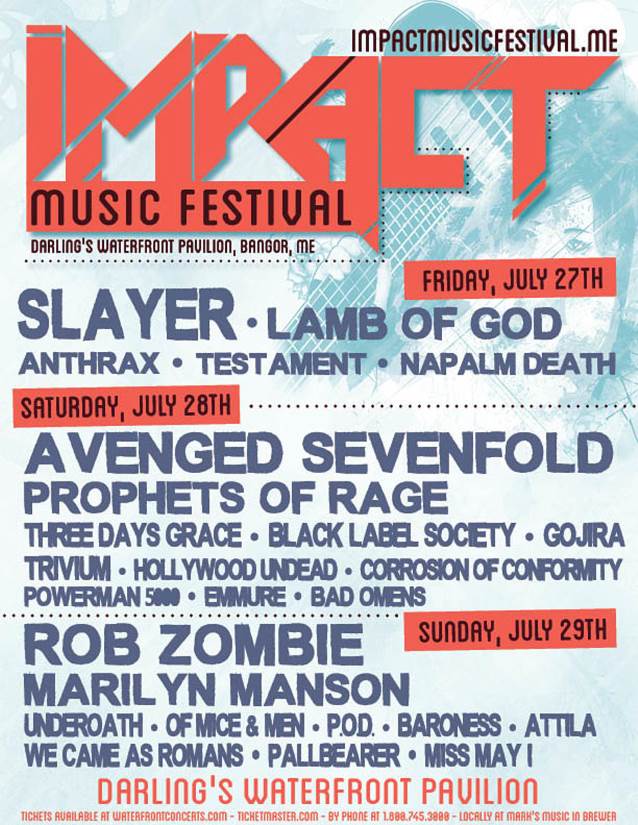