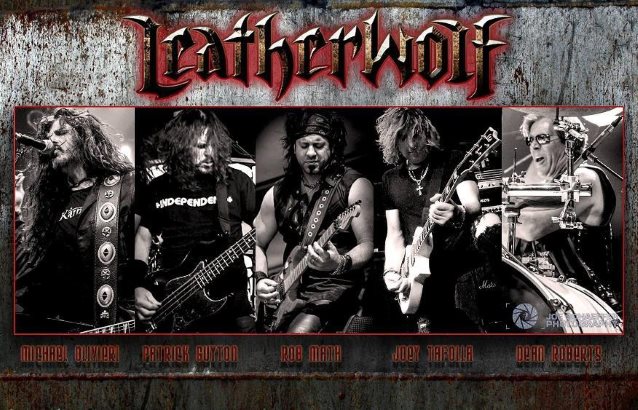 "Our bass player, Pat [Guyton], originally came up with the idea to do this video since we had a bunch of unused footage from Keep It True XVIII that just sat on the shelves so to speak", states LEATHERWOLF drummer Dean Roberts. "A few months ago, we hooked up with Chris [Tsangarides] and gave him a song to do a test mix. We were blown away by what he came back with — he's just awesome! 'Kill And Kill Again' off our debut album has always been a favorite of ours to play live so we got together with editor Michael Lyle and had him edit this cool 'lupine' footage around the live visuals which makes for a pretty neat concept. I think the fans will get a kick out of it when they see it!"

In other news, LEATHERWOLF will be traveling to Europe later his summer to take part in the three-day '80s metal extravanganza, Hair Metal Heaven, which is set to take place August 25-27 at Hull City Hall in Kingston-upon-Hull, England. Other bands on the bill include TNT, HOUSE OF LORDS, D-A-D, HARDLINE and DANGER DANGER. States vocalist/guitarist Michael Olivieri: "We are extremely excited to make our return to the U.K. after almost three decades. The last time we played Britain was opening up for VOW WOW back in 1989 in support of 'Street Ready'. Great memories! We can't wait to finally rock for our British fans again who've been asking about gigs for years. See you in August!"