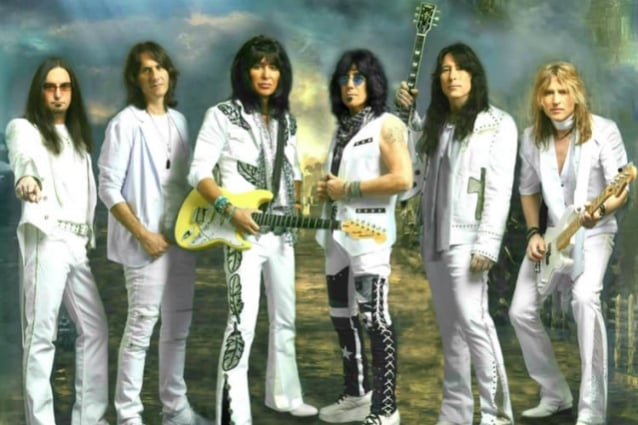 The official lyric video for the song "We Were The Wild" from the legendary rock band ANGEL can be seen below. The track is taken fron ANGEL's comeback album, "Risen", which was released on October 4 via Cleopatra Records. The album has 17 solid tracks featuring 15 brand new songs written by original members Punky Meadows and Frank Dimino along with current member Danny Farrow, and a remake of the classic track "Tower". They describe the songs as very diverse ranging from heavy to very melodic with real strong hooks featuring many elements of the classic ANGEL sound. This album will appeal to all ANGEL fans of every era and previous albums.

Said Meadows: "I am very proud of this album and ANGEL fans will LOVE it! It really kicks ass and is very diverse with songs that will satisfy every ANGEL fan and take you on a musical journey! The band played their asses off! Play it from top to bottom, you will not want to miss a beat."

Added Dimino: "This is an album that will take you on a journey to many different roads, all exciting. Enjoy it and play it loud!!!"

ANGEL was discovered in a nightclub by none other than Gene Simmons of KISS, a man who had a knack for finding and nurturing talent. ANGEL was also known for their androgynous look and dressing all in white, a pure yin-yang contrast to KISS's own all-black clothing and elaborate stage outfits. In 1975, the glam-rockers were signed to the home label for KISS, Casablanca Records, ultimately releasing six albums (five studio, one live) uninterrupted between 1975-80 that mixed the best elements of glam, hard rock, and pure unadulterated fist-pumping melodic singalongs.

While ANGEL never quite achieved success as their labelmates KISS did, they left their mark on in-the-know rock fans of the era with tracks like the hard-driving "Rock & Rollers", "Tower", the perennial holiday favorite "The Winter Song", and their key contribution to the soundtrack of the Jodie Foster-starring 1980 teen drama "Foxes", "20th Century Foxes". The lineup for their self-titled 1975 debut, "Angel", consisted of guitarist Punky Meadows, bassist Mickie Jones, vocalist Frank DiMino, keyboardist Gregg Giuffria, and drummer Barry Brandt. This lineup recorded two more albums, 1976's "Helluva Band" and 1977's "On Earth As It Is In Heaven", after which Jones would be replaced on bass by Felix Robinson. Two more studio efforts, 1978's "White Hot" and 1979's "Sinful", ensued before the release of a live set, 1980's "Live Without A Net".

ANGEL started to fall apart in the early 1980s after Casablanca pulled the plug on the group due in part to disappointing album sales. In 1981, Robinson and DiMino left to pursue other projects. Meadows and Giuffria tried to keep ANGEL going and came close to landing a record deal with CBS. But it didn't pan out, and ANGEL finally disbanded. 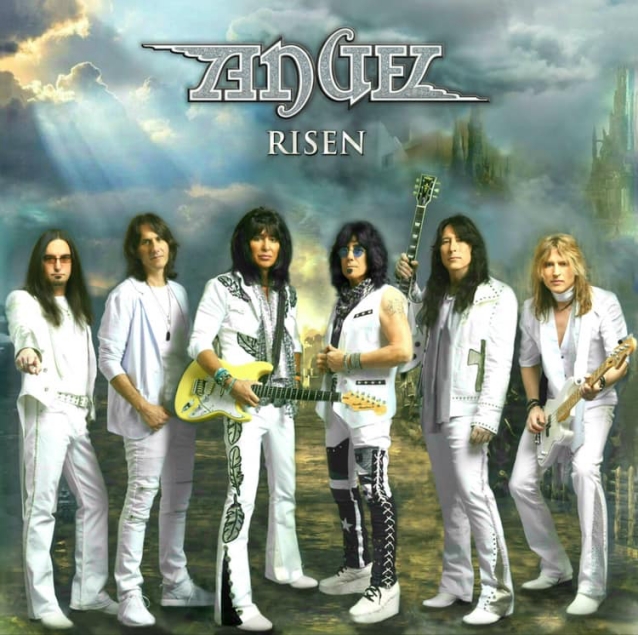