According to The Guardian, 33 people were injured after lightning struck the Rock Am Ring festival in western Germany.

At 1:00 am. Saturday morning, approximately an hour after MARILYN MANSON's set, lightning struck the event in the town of Mendig, injuring eight people from the festival's production teams.

Large lightning-proof tents tents were opened to shelter the campers before a second bolt struck at 4 a.m., injuring 25 people in one of the campsites.

No one suffered a direct hit and those injured were sent to hospital for observation.

Organizers confirmed the festival will go ahead as scheduled.

Around 90,000 are reportedly attending this year's Rock Am Ring, which ends on Sunday with appearances by SLIPKNOT, FOO FIGHTERS, MOTÖRHEAD and IN FLAMES, among others. 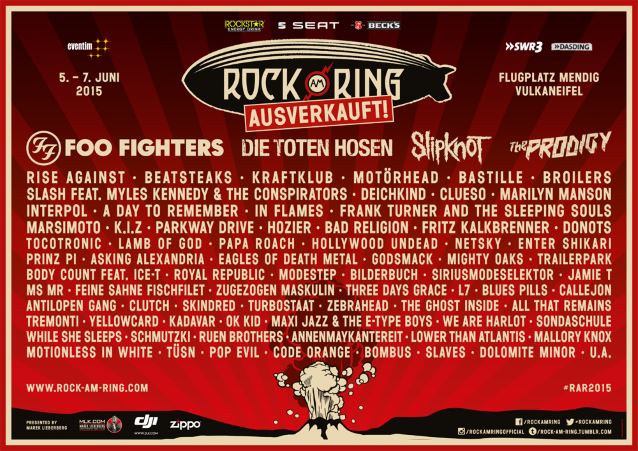