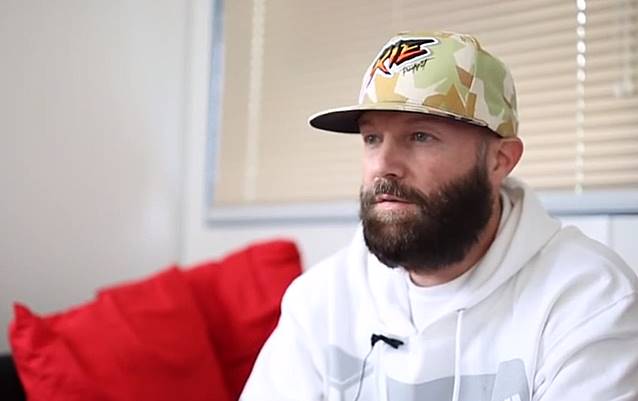 According to The Pulse Of Radio, LIMP BIZKIT frontman Fred Durst is developing a TV series for The CW network based on his own life. The series, a one-hour drama called "The Noise", will follow one young man's journey from a volatile home to rock superstardom with his new band. Durst is an executive producer on the show.

Durst, who has directed two feature films, has some TV experience on the acting front. He appeared as a bartender on a few episodes of Fox's hit medical drama "House" and had a role in the 2005 NBC apocalypse mini-series "Revelations". He also starred in a sitcom CBS was developing called "Douchebag", as an aging rocker trying to balance his celebrity and family life, but the show never made it to the air.

LIMP BIZKIT signed with hip-hop label Cash Money in early 2012 after years on the Interscope label. The band has thus far released one single, "Ready To Go", on the label, and is said to be readying a new disc, "Stampede Of The Disco Elephants", for 2014.