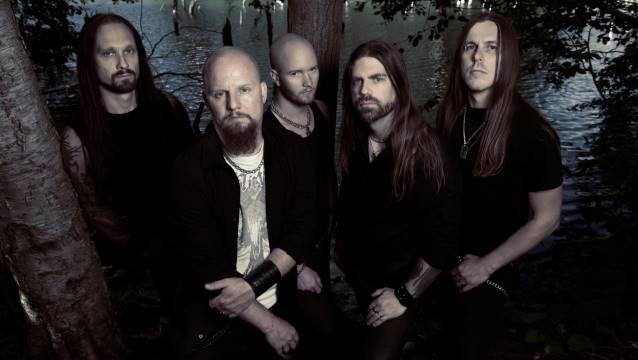 Video footage of MEMORY GARDEN's November 15 performance at the ProgPower Oslo festival in Oslo, Norway can be seen below.

MEMORY GARDEN's fifth album, "Doomain", was released on April 15 in Europe and April 16 in North America via Metal Blade Records. The CD was recorded at Annoying Sound Factory and SolnaSound Recording by the bandmembers themselves, with a little engineering assistance from Mike Wead (KING DIAMOND) during the lead guitar sessions. The mix was handled by Dan Swanö (EDGE OF SANITY, BLOODBATH, NIGHTINGALE) at Unisound studios in Örebro, Sweden.