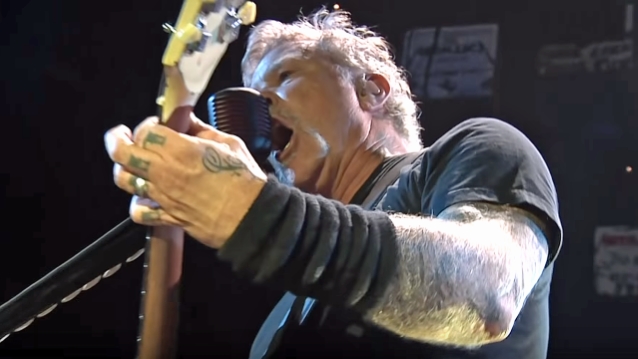 Professionally filmed video footage of METALLICA performing the song "Motorbreath" on October 16 at Fiserv Forum in Milwaukee, Wisconsin and "Whiplash" on October 18 at PPG Paints Arena in Pittsburgh, Pennsylvania can be seen below.

The second North American leg of METALLICA's "WorldWired" features in-the-round production and a few firsts, including a "Light It Up" pre-show party hosted by the band's friend, comedian Jim Breuer; and a "Wherever I May Roam Black Ticket" that gives a limited number of fans floor access to any show on the tour.

The "WorldWired" set and stage design, designed by the show's director, Dan Braun, features an immersive concert experience with a 44' x 44' square main-stage equipped with several prop lifts located in the center of the arena.

METALLICA kicked off the 2018/2019 U.S. leg of the "WorldWired" arena tour on September 2 at the Kohl Center in Madison, Wisconsin.