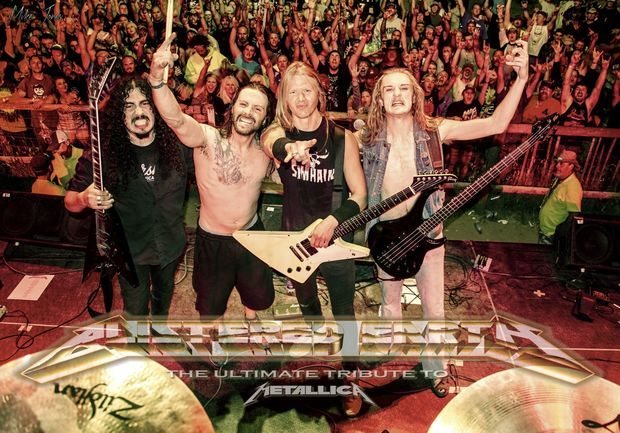 According to OregonLive, METALLICA has offered to replace gear that was stolen from the Spokane, Washington-based METALLICA tribute band BLISTERED EARTH after a recent concert in Portland.

The legendary heavy metal group made the gesture after BLISTERED EARTH's Facebook posts about the theft garnered hundreds of shares, attracting the attention of local media and, eventually, the METALLICA members themselves.

BLISTERED EARTH played the Rock Hard PDX venue on Saturday, April 22. After the concert, the band checked in into a Chestnut Tree Inn on their way back home. The next morning, they discovered that their trailer and all of their gear was stolen.

After learning of the theft, a METALLICA representative contacted BLISTERED EARTH and asked them for a gear list.

Asked how METALLICA found out about BLISTERED EARTH's stolen gear, the latter band's drummer Shawn Murphy told M.I.R.P Magazine: "From what I understand, it was actually from KATU news. That was how it got communicated to those guys [METALLICA]. I got a call from a lady from METALLICA HQ who said she was trying to contact me to verify who I was. Then from there they got me in touch with METALLICA's manager who asked me to send him a gear list. And so I did, and it just kind of went from there."

Regarding how Shawn feels about METALLICA's generosity, the drummer said: "It's pretty awesome that they would do that. I guess it was actually James [Hetfield, METALLICA frontman] that saw the story on the web site for KATU. I don't how familiar you are with METALLICA, or how closely you have followed their career, but it is fairly well documented that they had all of their gear stolen way back in the day, back when they didn't have money to replace their gear. So, they have a firsthand knowledge of how shitty this feels. But, again, I never thought it would come to this."

These are my drums, they're big, bad & beat to shit. They were also stolen from me on Saturday in Portland after our gig...