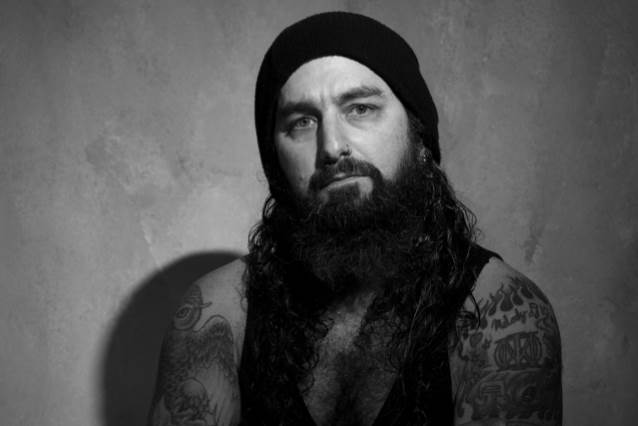 Mike Portnoy (DREAM THEATER, SONS OF APOLLO, THE WINERY DOGS) spoke to Metal Wani about the recent passing of Vinnie Paul Abbott, saying that "PANTERA was the only band to really carry metal through the '90s." The PANTERA and HELLYEAH drummer died on June 22 at his home in Las Vegas at the age of 54.

Portnoy said (hear audio below): "Vinnie was a friend of mine for a long time. We became friends right around when [PANTERA] put out 'Cowboys From Hell' and [DREAM THEATER] put out 'Images And Words'. We were both signed to Atco at the same time, so we were dealing with a lot of the same people. And I became good friends with not only Vinnie, but all four of the guys in the band, and, to this day, remain good friends with all of 'em.

"When Vinnie came on the scene, in terms of his drumming, I think [PANTERA] were the perfect band that was needed in the metal world around '91, '92, because pretty much the 'Big Four' were kind of knocked out of style by grunge," he continued. "SLAYER, MEGADETH, ANTHRAX, METALLICA and then also TESTAMENT and EXODUS and OVERKILL, all those bands around the early '90s got killed by grunge. So PANTERA was the only band to really carry metal through the '90s. I'd say PANTERA, MACHINE HEAD and SEPULTURA — to me, those were the three that were carrying it through. But PANTERA were the top of those.

"And getting back to Vinnie specifically, when I heard 'Cowboys From Hell' and 'Vulgar Display [Of Power]', it was, like, 'Okay, this is fuckin' great metal drumming,'" Portnoy added. "I already was listening to Charlie Benante [ANTHRAX], Dave Lombardo [SLAYER] and Lars Ulrich [METALLICA], but by the early '90s, Vinnie was kind of the next guy in line to carry the torch for the thrash or groove metal movement."

During an appearance on Eddie Trunk's SiriusXM show, Portnoy said that "Vinnie was a big part of the production" of the early PANTERA albums. "Him and Dime [PANTERA guitarist 'Dimebag' Darrell Abbott] co-produced with Terry [Date]. So he was very into that stuff — they were done at his studios. And he was very into that — it was another thing that he was really good at that you forget about. You just think about the drumming and the partying, but he was also really behind the PANTERA production."