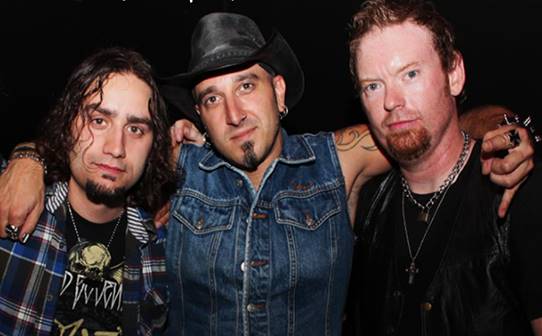 Pavement Entertainment has announced the signing of Montreal's hard rock band ONE. The group's new album, "Worlds Collide", will be released on March 14. Look for a full North American tour to follow the release of the CD.
After finishing its most recent tour, ONE decided to take a different direction by recording a heavier rock version of JOHNNY CASH's "Folsom Prison Blues", which can be found on the "Worlds Collide" album. A video was also just completed for the song, which Pavement will release early next year.

"We are excited about having this band on board at Pavement and are looking forward to working with them," says Pavement Entertainment president Mark Nawara. "These guys are really hard working and I love the version of "Folsom Prison Blues" they have done. We expect to see big thing to come."

Comments ONE: "We are looking forward to this new adventure with Pavement Entertainment, and the opportunity to work with industry professionals to take our band to the next level. We are grateful for the chance to be represented by a company that works hard for their artists."