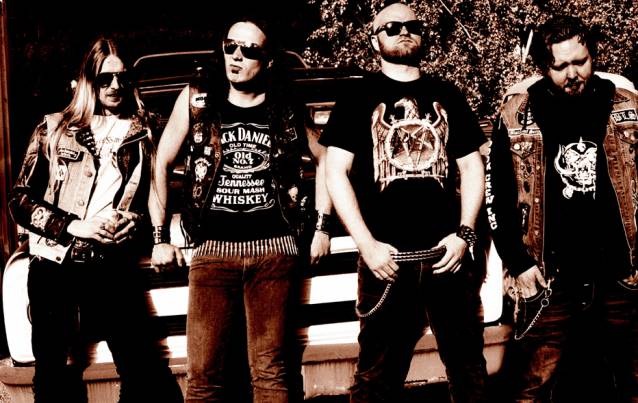 Norwegian metal outfit NOCTURNAL BREED will release its first album in seven years in February 2014. The band is coming back with a punch of epic old-school thrash metal with a blackened rock and roll undercurrent.

NOCTURNAL BREED's as-yet-untitled fifth full-length CD will be the follow-up to 2007's "Fields Of Rot", which is available for streaming in its entirety on Bandcamp.

Formed in 1996, NOCTURNAL BREED is made up of present and past members of DIMMU BORGIR, SATYRICON, AETERNUS and GEHENNA. The current lineup includes S.A. Destroyer on bass and vocals, Tex Terror on drums, I.Maztor on guitar and the group's latest addition, V.Fineideath on guitar.

NOCTURNAL BREED has announced a headlining appearance at Hammerslag Festival in Tonsberg, Norway on February 14, 2014.