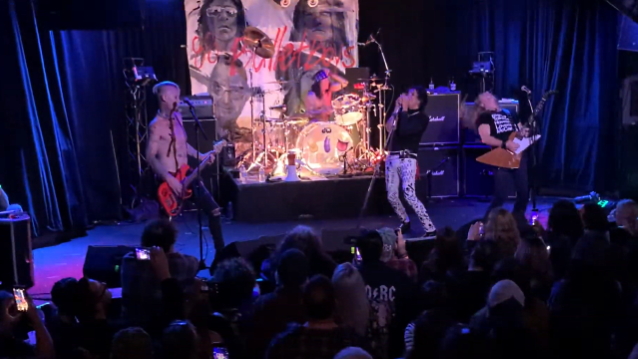 The original BULLETBOYS lineup made its live return Monday night (December 30) with a sold-out performance at the Whisky A Go Go in West Hollywood, California. Video footage of the concert can be seen below.

Aside from one show in 2011, BULLETBOYS — featuring Marq Torien (vocals), Mick Sweda (guitar), Lonnie Vencent (bass) and Jimmy D'Anda (drums) — had not performed together since 1993.

During a December 12 appearance on "Trunk Nation: L.A. Invasion" on SiriusXM, the BULLETBOYS opened up about their decision to reunite for a first proper tour in more than 25 years.

Speaking about how the four musicians reconnected after such a long time apart, D'Anda said: "Actually, what happened was, after the last thing went away, I had called Lonnie and I had said that if there was ever gonna be a time for something to happen, I go, 'I think this is it. I don't know why, but I think this is it.' But I just kind of said it in jest a little bit. And the next thing I know, he called me later that night, and he goes, 'Hey, dude, Marq's into it, bro. He wants to do this.' And I was, like, 'Oh, shit.' I wasn't really serious. But it started to happen. And then these guys just ran with it — they just way ran with it. I was getting calls from them, saying, 'Dude, let's sit at the table and start talking about stuff.' And little by little, here we are. It's a dream, really. It's like déjà vu."

According to Torien, the reunion of the original BULLETBOYS lineup came from a very pure place.

"I wanted to play with my homies and my mates again and to leave a legacy that we never felt that we really got to leave before," he said. "It was kind of cut short. And there's four beautiful personalities in this band. And I've gotta tell you this with all honesty: we and I are back doing this all out of a labor of love. The rock and roll business is a tough business, as we all know. We are one of the last remaining four original guys that have the opportunity that are playing at a very high level, writing at a very high level and really want this. So we have some very special things that we're going to be achieving next year. It's time we throw it out into the universe, and the universe has showered us with some love. And we're out there to spread a lot of love."

Asked if there are plans for BULLETBOYS to make new music with the original lineup, Marq said: "Absolutely. No question."

Added Sweda: "As a musician, you always imagine how you're gonna end up; you always imagine how things should be. And I just feel like we have a lot more to accomplish. I feel that there's a lot more that we can do. And the creative juices are really strong with this one. I feel like we can not only get to where we were and beyond, but way beyond that."

Torien went on to say that "it's a very humbling feeling" playing with his original bandmates again. "This is a labor of love for not only us and finding each other again and coming together to save rock and roll and to play rock and roll for all of the beautiful people that have been here for so many years for wanting us to get together," he said. "And we're doing this for our fans with hashtag #LUFF. L-U-F-F. Lots of luff. Lots of luff."

The reunited BULLETBOYS is booked by noted agency ARM Entertainment. More than 50 shows are currently in the works in the U.S. and around the world. 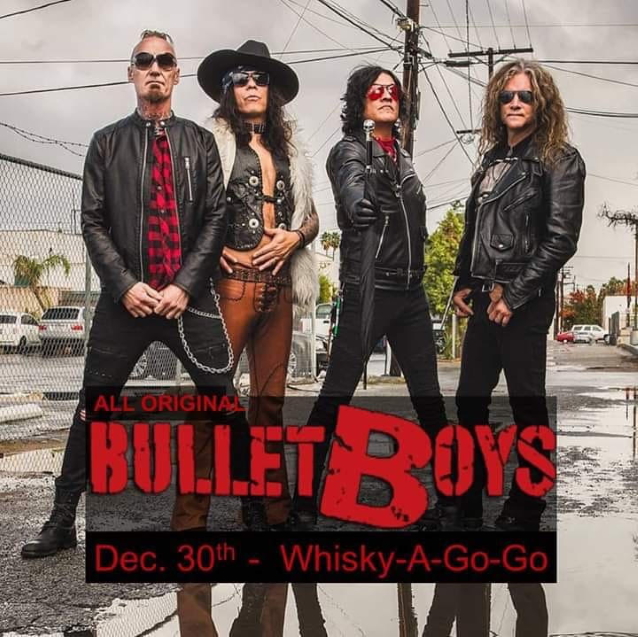