Original GREAT WHITE singer Jack Russell, who is currently touring with a version of the band calling itself JACK RUSSELL'S GREAT WHITE, has posted the following statement: "It is with great sadness that we have been informed of the passing of Lorne Black yesterday [Friday, September 27]! Our hearts go out to his family, friends and fans.

"Lorne was a huge part of the first incarnation of GREAT WHITE! May he rest in peace."

Added GREAT WHITE guitarist Mark Kendall: "I saw [Lorne's] cousin Robert a few months ago and we were in touch. Robert told me Lorne wasn't too good then.

"I lost Robert's number when I changed phones, which bums me out. He used to work for us.

"I loved Lorne and I am truly sad to get this news. I know he has battle demons for along time and I am so sad to hear of his passing.

Lorne Black can be seen standing on the left in the photo below. 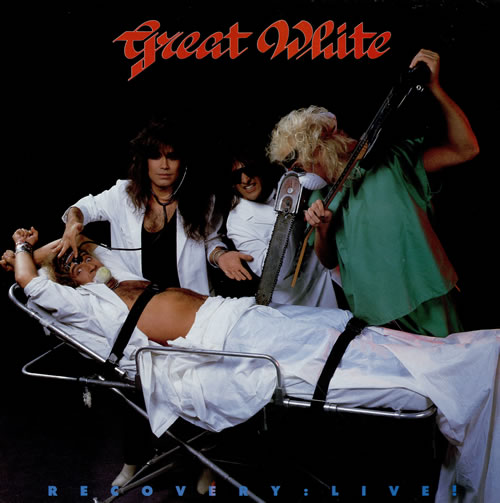