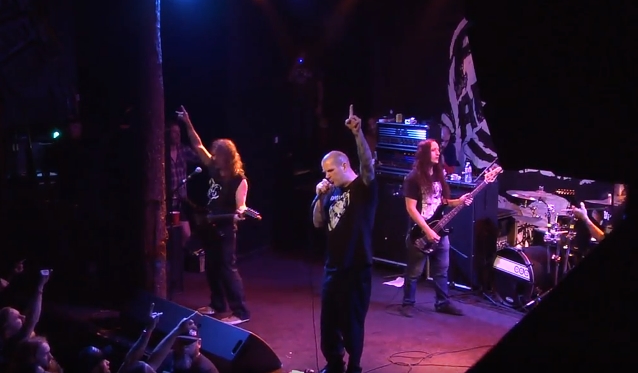 Philip Anselmo paid tribute to his late PANTERA bandmates Vinnie Paul Abbott and "Dimebag" Darrell Abbott during last night's (Saturday, Sepember 8) PHILIP H. ANSELMO & THE ILLEGALS concert at Trees in Dallas, Texas. Just before launching into a medley of classic PANTERA songs, Anselmo told the crowd: "This goes out to the un-fucking-touchable memory of both Abbott brothers, Vince and Dimebag."

Fan-filmed video footage of the dedication and the medley — which consisted of the tracks "Domination" and "Hollow" — can be seen below (courtesy of Lance Lyon).

PHILIP H. ANSELMO & THE ILLEGALS' current U.S. tour marks the band's first run of dates since a video message from the Anselmo was played at the public memorial for Vinnie Paul Abbott. It was the first time the singer had publicly commented on his former bandmate's death.