Rufus Publications has announced the publication of "Sabbath: The Dio Years".

In 1980 legendary singer Ronnie James Dio joined Tony Iommi, Geezer Butler and Bill Ward for a new incarnation of iconic heavy metal band BLACK SABBATH. They produced the groundbreaking, classic album "Heaven And Hell" (recently voted as the most important album of the 1980s by Classic Rock magazine). The band went on to tour extensively before releasing the follow-up studio album "Mob Rules" with new drummer Vinny Appice. The band broke up in 1982 but Dio returned to BLACK SABBATH in 1992 and again in 2006 in the band HEAVEN & HELL with Iommi and Butler.

This new, coffee-table book from Rufus Publications creates a unique visual history of the Dio era of BLACK SABBATH with rare and unseen photos from a range of photographers who worked closely with the band. The book has been created with the full co-operation of Wendy Dio and BLACK SABBATH bandmembers. Three different versions will be published, including signed editions.

Dio was renowned throughout the world as one of the greatest and most influential vocalists in heavy metal history. The singer was diagnosed with cancer in late 2009. He underwent chemotherapy and made what is now his final public appearance in April 2010 at the Revolver Golden Gods Awards in Los Angeles.

Ronnie's long-awaited autobiography, titled "Rainbow In The Dark: The Autobiography", will be released on July 27 via Permuted Press. 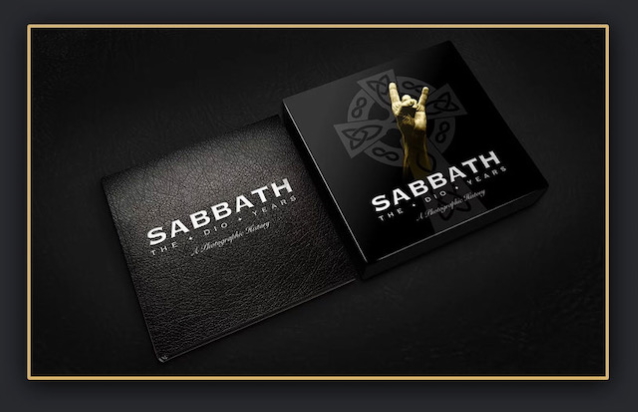