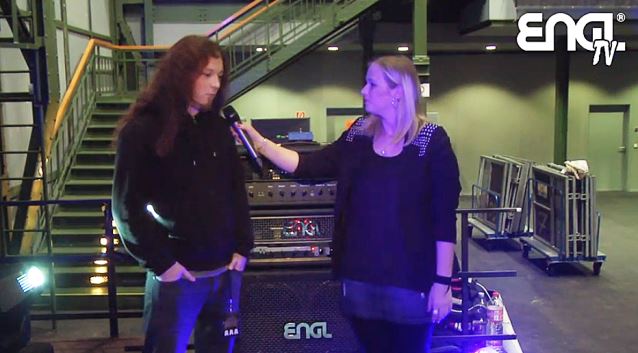 ENGL TV conducted an interview with multinational metallers POWERWOLF before the band's November 2 concert in Essen, Germany. You can now watch the chat below.

POWERWOLF's fifth album, "Preachers Of The Night", entered the official chart in Germany at position No. 1. The CD was released on July 19 via Napalm Records.

"Preachers Of The Night" track listing:

The "Amen & Attack" video can be seen below. The song was released on seven-inch vinyl on June 28. It was made available on gold and copper vinyl.

POWERWOLF's first live album, "Alive In The Night", was recorded exclusively for Metal Hammer, Germany's leading metal magazine. The CD was only available with the April 2012 issue of Metal Hammer.

POWERWOLF's fourth album, "Blood Of The Saints", was released in August 2011 via Metal Blade Records. The CD was made available as a regular CD, a limited-edition digibook 2-CD and on vinyl. The cover art was created by POWERWOLF guitarist Matthew Greywolf.