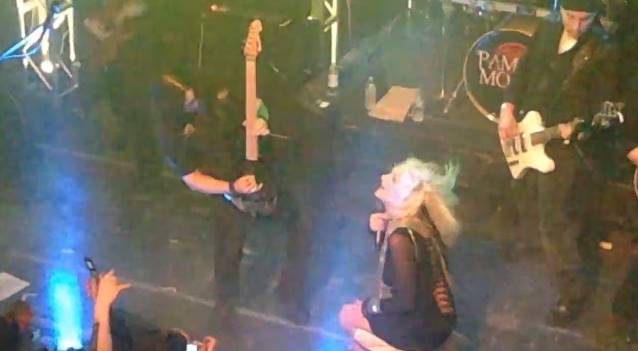 QUEENSRŸCHE guitarist Michael Wilton joined female vocalist Pamela Moore — who is best known for her performance as Sister Mary on QUEENSRŸCHE's 1988 epic release "Operation: Mindcrime" and 2006's sequel "Operation: Mindcrime II" — on stage this past Saturday night (May 17) at Studio Seven in Seattle, Washington to perform the song "Take Me Down" which he originally recorded with her on her 2006 solo album "Stories From A Blue Room". Later that night, Wilton also performed the METAL CHURCH classic "HItman" with the band's current lead singer, Ronny Munroe, who was celebrating the upcoming release of his new solo album, "Electric Wake", at Studio Seven. Video footage of both performances can be seen below (courtesy of "Iron" Mike Savoia of Savoia Photography Live).

In a July 2013 interview with Amps And Green Screens, Moore stated about what it was like to perform "Suite Sister Mary" with the Todd La Torre-fronted version of QUEENSRŸCHE on a couple of different occasionas over the last couple of years: "Those guys are my friends and family, I've known them over 25 years now, so having them ask me to come sing with them was fun. I'd done it a couple of times before. Whenever they were in town, they'd ask if I wanted to come down and I'd always say yes. This time was a little bit different; I was singing 'Sister Mary' with Todd. He's a wonderful singer, and he has a lot of admiration for the band, so for him to be in the situation that he is now, it's like a dream come true for him, I'm sure. But he also is his own man. We had gone over the song a couple times in rehearsal, and finally when it came time for me to come onstage, I waited 'till the last minute and Todd was on fire! I was like, 'Well done!' It was really a fun situation to be in; the band was on, everyone seemed very lucid and relaxed, and I just wish them all the best."

She continued: "The whole breakup situation [between Tate and the rest of QUEENSRŸCHE] has been tough for everybody in both camps, but sometimes when the smoke clears, the change is for the best, and you move on. And I really feel good about the guys, and what they're doing, and more so they have to feel that way about themselves. At the end of the day, that's all that matters."

Pamela Moore's latest album, "Resurrect Me", was released in May 2013 via Rat Pak Records. The CD is described in a press release as "an album written in timeless fashion that explores a creative landscape missed by the music industry. [It] is a masterpiece in collaborative effort showcasing powerful, yet intimate vocal imagery, paired with monstrous power metal grooves, and uncompromising musicianship. The album explores the compelling, the infectious and the dramatic. It connects with the listener on a personal level from the first listen." 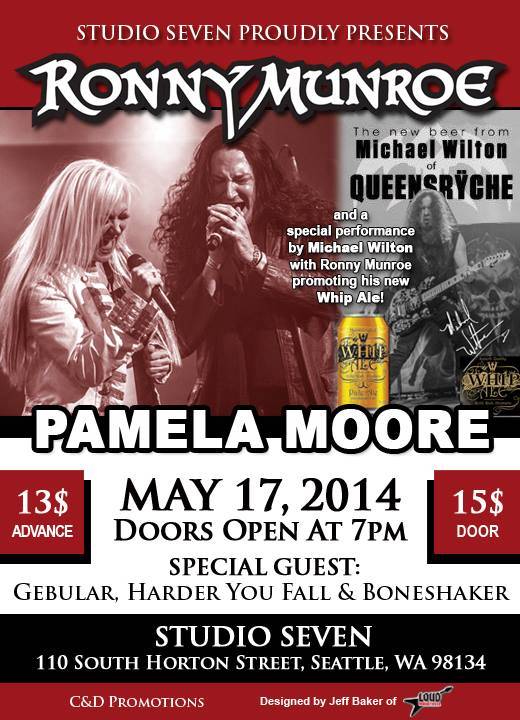