RATT singer Stephen Pearcy will release his fifth solo album, "View To A Thrill" on November 9 via Frontiers Music Srl. The follow-up to 2017's "Smash" was produced by Matt Thorne and Pearcy and was mixed and mastered by Thorne and Stephen's longtime guitarist and collaborator, Erik Ferentinos.

The first single from "View To A Thrill", a song called "I'm A Ratt", can be streamed below.

"View To A Thrill" includes 11 superb songs written by Pearcy, together with guitarist Ferentinos, that will surely please fans of his last solo effort, "Smash", as well as fans of RATT. The track listing flows perfectly and takes you on an audio journey through blistering rockers mixed with slower, more measured numbers. Like RATT's catalog, this is a record that showcases the art of the riff. Ferentinos is truly Pearcy's secret weapon, as displayed by the mind-bending solos throughout "View To A Thrill".

"View To A Thrill" track listing:

Speaking about the songwriting process for his solo material, Pearcy told Music Existence: "RATT's music is its own entity and animal, and it has its own schematics. With my solo stuff, I tend to do whatever I like — an acoustic song, a really heavy song — and go places and talk about things that I want to. It's my freedom of speech. That's one thing I like about it, and I'm always writing, so what else can I do, you know? Just try to get it out and get it heard! I don't care if it sells ten million or nil million; it's just what I do. You do the best that you can." 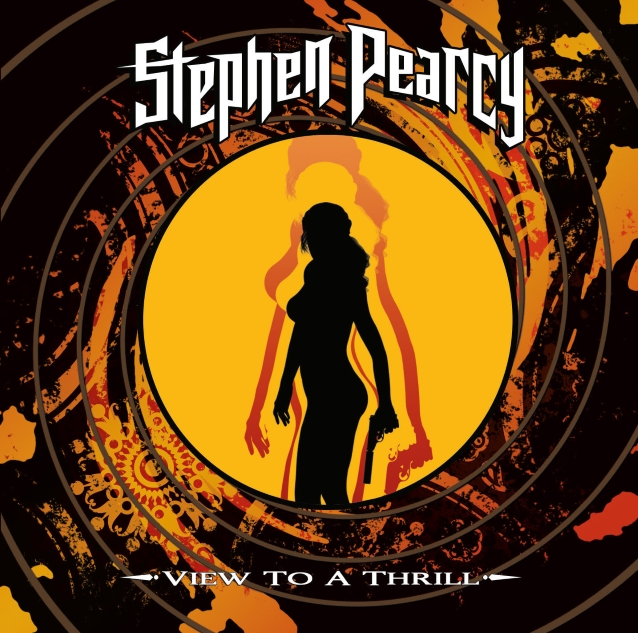