To wish everyone a very scary Christmas, Rob Zombie has teamed up with People For The Ethical Treatment of Animals (PETA) for a limited-edition Spooky Holiday Stocking, now available at PETACatalog.com.

As the vegan musician and horror-movie director shares in a quirky new video, his "own special Christmas stocking" — yes, it's in black — is packed with vegan goodies, from a "Flesh Is for Zombies" mug to savory snacks and delicious sweets, including "hot cocoa, for a spooky holiday."

PETA — whose motto reads, in part, that "animals are not ours to abuse in any way" — offers a variety of gifts in its online catalog, from snarky "SeaWorld Sucks" T-shirts to festive vegan popcorn tins.

Zombie has been a vegetarian for 30 years and a strong advocate of animal rights.

"The only thing I ever really care about is animals — animal causes," he told SamaritanMag.com in a 2012 interview. "I don't really care about people that much, but animals I feel like they always need to be protected."

In 2010, Zombie joined other rockers for the Humanity Thru Music concert and paw-sta dinner, to raise money for Fur & Feather Animal Sanctuary, resulting in Southern California's first full no-kill animal sanctuary, medical and educational center. A year later, he teamed up with PETA for a recorded message about the torture of turkeys before they end up in grocery stores. 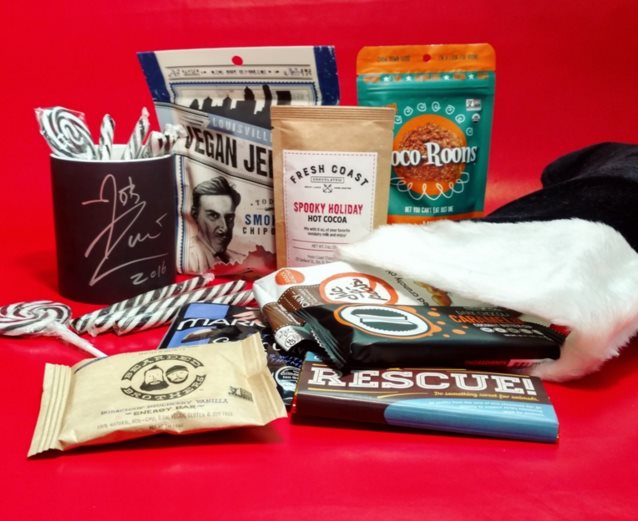