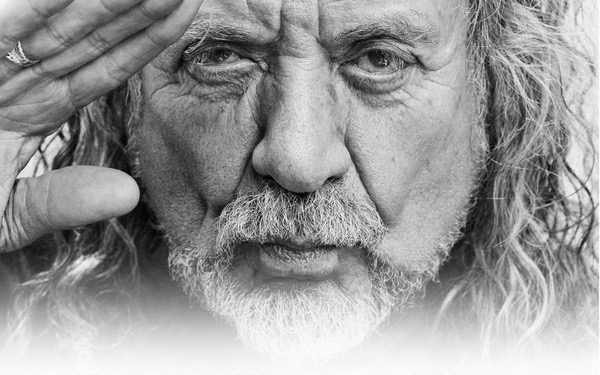 "Digging Deep: The Robert Plant Podcast" is available on iTunes, Spotify, Acast, YouTube or wherever you get your podcasts.

In the first episode, the LED ZEPPELIN frontman discusses "Calling To You", the opening track on his 1993 album "Fate Of Nations".

The promo for "Digging Deep" featured Plant setting the scene for the show, explaining: "Making records is a very personal experience. I was so deep to get away from that environment, then I was saying, 'let's get out of here!' But then, now and again, down the line, opening up some of the songs and looking back at ’em, I marvel at some of it. The players in the room were out of sight — and they found me to be something that they hadn't been used to dealing with."

Plant went on to say: "Mostly wherever I am even now all these years later, I really wanna be there. I’m going to be picking out some songs from here and there along the way, mixing constant shifts and sound and intention. Men and women who encouraged and enlightened the themes and the stories that she weaves within a popular song are without equal."

Plant explained that the strength of LED ZEPPELIN was that the rules of the game — whether it be subject matter or how true they stayed to musical genres — was thrown out the window. "There is no sanctuary in music, and there's also... you don't have to be so reverent about music," he said. "Music and the kind of structure of LED ZEPPELIN, if you like, was irreverence with the blues. Like, 'It doesn't matter what it is — here's how the English did it.' It was THE YARDBIRDS meet Howlin' Wolf."