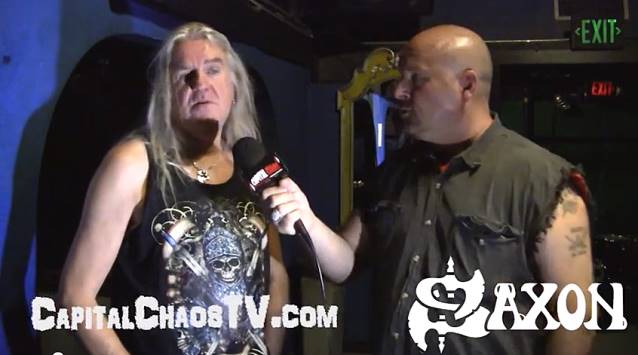 The Mighty Z of Capital Chaos TV conducted an interview with vocalist Biff Byford of British heavy metal legends SAXON on October 6 at the DNA Lounge in San Francisco, California. You can now watch the chat below.

"Unplugged And Strung Up", SAXON's selection of unique, fresh and adventurous interpretations of material previously heard only with raw heavy metal thunder, will be released on November 18. The effort reveals layers and pieces previously dormant in many of the 14 classic SAXON songs chosen for this makeover, thanks to some ear-catching new arrangements and mixes. Recorded, mixed and mastered with Andy Sneap in Derbyshire, U.K. earlier this year, "Unplugged And Strung Up" contains re-evaluated, re-worked and re-energized versions of "The Eagle Has Landed" and "Crusader" by introducing orchestral dynamics to offer added dimension. "Frozen Rainbow", from the band's 1979 debut, gets a stunning acoustic reprisal which transports it into a power ballad to be proud of, while "Red Star Falling" soars and sweeps the emotions with its orchestrally arranged dovetail.

As if this reinvention wasn't enough, SAXON superfans and collectors can purchase a digipak version of the release which will include 2002's storming set of full-volume, pedal-to-the-metal re-recorded hits "Heavy Metal Thunder". Featuring staple SAXON stormers such as "Motorcycle Man", "Strong Arm Of The Law" and "Dallas 1pm", it is a quintessential part of any collection. 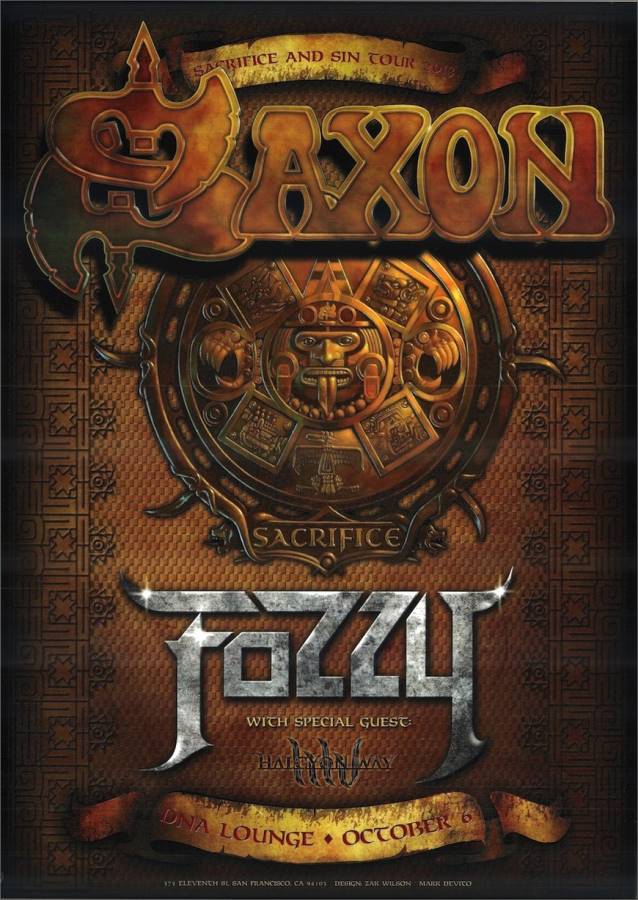